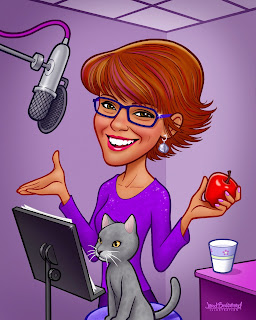 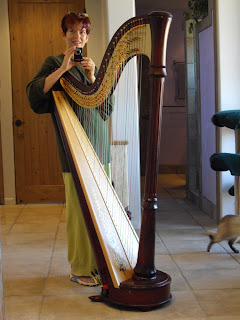 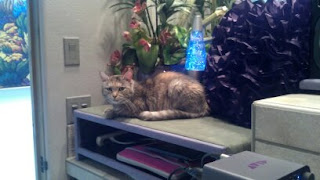 Posted by Adele Park at 6:59 AM No comments: 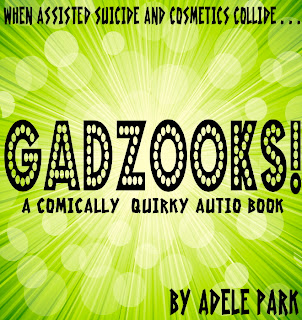 In the eyes of Nadine, a polygamist and serial bride, nudging her husbands into heaven is a testament to her undying love. Even Nancy Neptune, a notorious shock jock, is gobsmacked by Nadine's so-called “Celestial Send-Offs.” Things go to hell in a hand basket when Nadine offs the wrong guy and is charged with assisted suicide.

Meanwhile, Blue McKenna has problems of her own. A power outage has leveled Blue's medical marijuana dispensary. Scottie Sphincter, lead singer of a band called The Rectal Surgeons, is fingered as a suspect. Blue attempts to unmask the inscrutable Sphincter only to develop an annoying crush on him.

Using witty narratives, a cast of nine characters transport listeners to Navel, Utah, a place where voyages to the afterlife are done with Godspeed. Cosmic mirth and hilarity abound in Gadzooks! A Comically Quirky Audio Book. Stay tuned for details about the upcoming release.

The production of Gadzooks! A Comically Quirky Audio Book is being dedicated to the late Ellie Perelli – the Coco Chanel of Southern Utah. 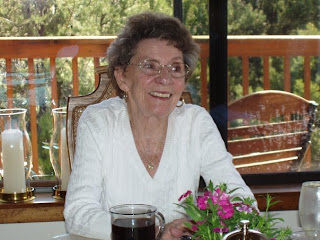 Posted by Adele Park at 6:50 AM No comments: 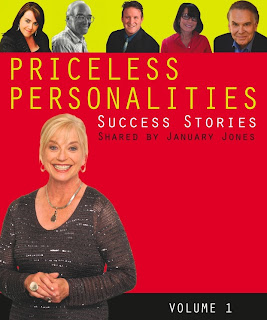 Don't Surrender the Fate of Your Novel to Publishing Executives 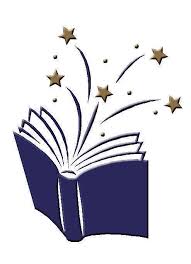 Have you unconsciously surrendered the fate of your novel to the whimsical tastes of publishing executives? Do you think your book can't move forward without the financial blessing of others? Agents and publishers can certainly boost our careers, but I'm not sure they can break them. In all likelihood, our destiny lies in our own hands. It took several years worth of groveling at the heels of those in the publishing industry for me to comprehend this.

Even though you've probably spent years visualizing the success of your book, how much time have you devoted to thinking about the specific things you want to achieve? Perhaps you have a vague fantasy involving money and fame. These things are definitely desirable, but chances are there's more to it than that. The act of creation ignites something within us, even if we can't put our finger on it. There's a lot to be said for fully experiencing the moment we are in.

Many of us hold our own dreams hostage by assuming things have to play out in a specific manner. In my case, I wrongly believed the only way to turn my manuscript into an audio book was to first have it published in hard back. Under this scenario, I would have had to sell a barn full of books before anyone would ever consider producing it in audio form.

Once I understood I had control over my own dreams, I formed an LLC called Straight to Audio Productions and produced my first audio book. I recorded and edited an 8.5 hour project using nothing but a mic, a mixer and a laptop. Miraculously, I was able to get my project listed for sale as an mp3 download on Audible.com. After that, I built an actual studio and went to work recording Jitters-A Quirky Little Audio Book. That project went on to win a 2011 Audie from the Audio Publishers Association in the multi-voiced category.
If you are having trouble getting through to the top brass in the publishing industry, try to find the courage to publish your book anyway. E-books and desktop publishing companies make this process inexpensive and easy to do. Don't miss the chance to live your art just because things aren't happening exactly the way you had envisioned. Outcomes are over-rated anyway. The biggest thrills come from fully experiencing the projects you're passionate about. Completing something you've been working on for a long time can be anti-climactic, so the trick is to enjoy the process. Whatever you do, try not to get attached to the outcome.

When you run out of ideas, wing it. I've met very few people who work in the audio book industry, so in my business I make everything up as I go. Sure, I've taken a few wrong turns, but it's definitely been an interesting journey. This lack of an industry blueprint has left me free to dabble with different ways to tell a story. Unlike most audio books which have one person doing the voices for all the characters, my audio books feature full cast of actors who tell their stories directly to the listener. I've also taken the liberty of experimenting with different forms of narration. Since the lead character in Jitters is a radio shock jock, I thought it would be interesting to narrate the story through a series of newscasts. With Yikes! Another Quirky Audio Book, I used a series of narration pieces called “Examine Our Navel.” Like it or not, I probably couldn't float this idea to any traditionalists in the audio book industry. 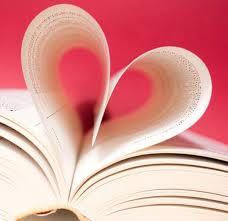 It might seem risky, but there are advantages to “going rogue.” For one thing, you don't have to follow any rules. Don't be afraid to explore the unknown. Some of the best stuff comes from impromptu moments.

I'm sure we would all love to spend a few days in the Gucci shoes of the publishing industry elite, but let's not assume this group has it better than we do. Along with the perks comes more pressure. Rather than focusing on what our project lacks, perhaps our energy would best be spent being grateful for what we already have. Besides, there's no telling where our books will end up – not knowing is half the fun! 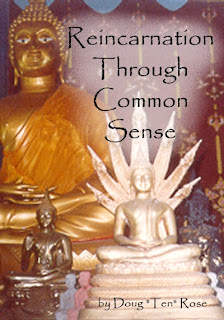 Doug “Ten”Rose, an author and modern day philosopher, has a new book out. Doug participated in the Book Blogger Fair this summer and continues to crank out fine reading for all!

Reincarnation Through Common Sense by Doug “Ten” Rose has been released in print as well as online. Rose’s previous work includes the cult classic Fearless Puppy on American Road. All author profits from sales of these books will be donated to sponsor Buddhist Nuns and Monks. Mr. Rose has previously invented and directed charitable projects involving rock stars, pro sports teams, a governor, and many more. He has been recognized in the Congressional Record, by The Giraffe Society, and has traveled over a hundred thousand miles without ever driving a car, owning a phone, or having a bank account. Project info, bio, sample chapters, TV/radio/newspaper interviews and articles, and much more at www.fearlesspuppy.org
“Once you accept the universe as being something expanding into an infinite nothing which is something,
wearing stripes with plaid is easy.” Albert Einstein


Reincarnation Through Common Sense is a book of stripes and plaid in the most entertaining sense of Einstein’s words. Westerners have written many books about living in Asian temples. None are like this true story.
The rural Buddhist Monks and Nuns of a forest temple in Asia adopt a very troubled traveler from Brooklyn, New York. He can’t speak the language. No one there speaks English. He is penniless with no ticket home. He is also very hung over, slightly suicidal, amusingly psychotic, and has no intention of studying spiritual discipline. This author is not a theology student! He is nonetheless given access to the ancient roots and spiritual wings of the Wisdom Professionals who rescue him. He redefines life and reports the details to us in a manner so intimate and natural that you’ll think you are having coffee on a barstool in the temple with him. You may laugh a lot on your way to Nirvana! You may say “Ouch!” a few times, too.

Magic is redefined as objective reality and common sense. Spirit is presented as a functional friend, without the fairy dust. Moods run from adventurous psychosis to enlightened bliss. Writing styles flow from ancient prose through razor sharp modern internal rhyme as the main character’s life runs through death and into reincarnation without ever leaving his body. He describes this process to us in vivid terms and living color.

This down to earth treatment gives a clear view in simple terms of truths we more often see fossilized within rusting symbols beneath stagnant metaphor. Buy and read a copy of Reincarnation Through Common Sense for an experience unique in comedic drama, spirituality, adventure, and sheer creativity.

It also makes a great multiple-benefit gift! You help sponsor world wisdom with every purchase!
http://fearlesspuppy.org/m_reincarnation.htm $21 in print e-book $5.75

There are direct links from our website to print and e-book purchase of Reincarnation Through Common Sense and Fearless Puppy on American Road--or ask your local bookstore
Posted by Adele Park at 5:26 AM No comments:

Review of Peter and the Starcatcher 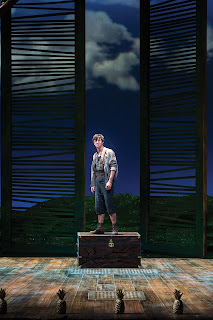 Did you ever wonder how Peter Pan came to inhabit Never Never Land? Or, for that matter, how an orphaned boy earned such a curious name? The Utah Shakespeare Festival answers these questions and more in a hilarious play called Peter and the Starcatcher http://www.bard.org/plays/peter2013.html

Peter and the Starcatcher is based on a novel by Dave Berry and Ridley Pearson. USF does an outstanding job of bringing this delightful story to audiences in Southern Utah. Peter Pan, known only as “Boy,” is played by Rhett Guter, a talented actor/singer/dancer who also choreographed this enchanting production http://www.rhettguter.com/.

The USF production of Peter and the Starcatcher is populated with an amazing cast, including Quinn Mattfeld who does a rollicking portrayal of The Black Stache, aka Captain Hook http://www.bard.org/about/actors/mattfeld.html#.UkX0ZhxSxIg.
Mattfeld keeps the audience in stitches with outrageous antics and snarky commentary.

Betsy Mugavero is the lone female in a cast of scurvy pirates and politicians, playing the role of Molly Aster, a Starcatcher Apprentice http://betsymugavero-com.webs.com/. Through Betsy's efforts, Boy, later known as Peter Pan, is allowed to do the one thing that had thus far eluded him: enjoy the simple pleasure of just being a boy.

While Peter and the Starcatcher delivers ample laughs, it is speckled with moments that are genuinely poignant. Guter does and excellent job of portraying the pain of being alienated, enslaved and nameless. Without touching off a Spoiler Alert, suffice to say audiences will be cheering before the final curtain drops.

Peter and the Starcatcher is being performed in the Randall L. Jones Theatre until October 18, 2013. For ticket information, contact the Utah Shakespeare Festival http://www.bard.org/index.html.
Posted by Adele Park at 10:53 AM No comments: