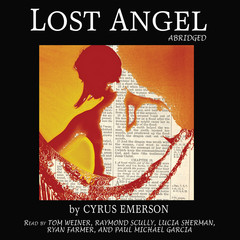 One of the greatest things about the internet is that it enables people in all industries to connect with and learn from others in their respective fields. I've been fortunate enough to have corresponded with Cyrus Emerson, an Oregonian with a layback style and a genuine desire to help people in the audio book business. I'm not sure how he does it, but Cyrus Emerson has a full time career as an audio engineer at Blackstone Audio www.blackstoneaudio.com, works with a media site called Just Imagine It Ink www.justimagineit.com, hosts a radio show called Get Behind Me, Now Stay There www.getbehindmepodcast.com and still finds time to write a novel or two. Whew!

Emerson entered the world of audio books after serving in the Navy on the USS Kittyhawk and earning a journalism degree from Southern Oregon University. Sandwiched between all that, Emerson also pursued a writing career.

I had the opportunity to listen to Emerson's audio book version of Lost Angel www.downpour.com.
Because Emerson works at Blackstone Audio, it's no small wonder that the quality of the production was terrific and the narrators were wonderful. Lost Angel a multi-voiced performance about four characters whose stories become intertwined. The main plot involves a serial killer and the way his actions affect the other characters. Emerson says Lost Angel was inspired by his interest in music by Jim Morrison and the Doors. 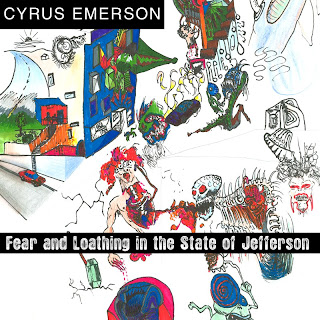 Emerson is now working diligently to help others get their work published as e-books through Just Imagine It Ink. Many readers are now receiving their books through electronic devices such as Kindle Fire. This is great news for writers seeking to self-publish because they can do it inexpensively in e-form. Learn more about the services available at Just Imagine It Ink by visiting www.justimagineitink.com.