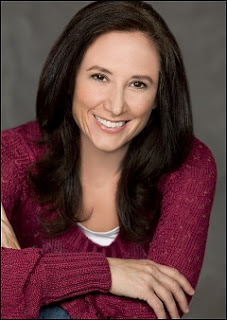 One of the most fabulous things about modern technology is that it enables everyone the opportunity to voice their opinions, network with others and share their hopes and dreams. Radio stations are no longer limited to an elite group of people who can afford expensive equipment and have the wherewithal to deal with the FCC. Internet radio stations are popping up all over the place, including one headed up by Dara Blaker near Ft. Lauderdale, Florida www.daraonradio.com

Dara has been hosting Dara on Radio for almost three years. Her radio show has featured a number of high profile guests including Bond Girl and Charlie's Angel's actress Tanya Roberts and Hollywood Reporter Kristyn Burtt. Dara herself is no stranger to big time projects: she has performed lip sync ADR (Automatic Dialogue Replacement) for a Latino show on HBO show called Capadocia for the last two seasons. Dara does a wide range of character voices. Check out Dara's demo reel: http://daraonradio.com/wordpress/?page_id=1175

In addition to her work as a voice-over artist, radio host and narrator, Dara also owns a music eduction company called Colour Me Music www.colourmemusic.com This program aims to make music an integral part of eduction while making it fun for children. Dara is also creating a new animated series and is looking for parties interested in joining her efforts. To find out more, connect with Dara on through her website at www.daraonradio.com That's also where you'll find the interview Dara did with me regarding the release of Yikes! Another Quirky Audio Book.

It's hard to imagine how a mother and wife can pull all of this off, but Dara manages to do so with professional flair. Best of luck to Dara as she launches her new venture in animation!