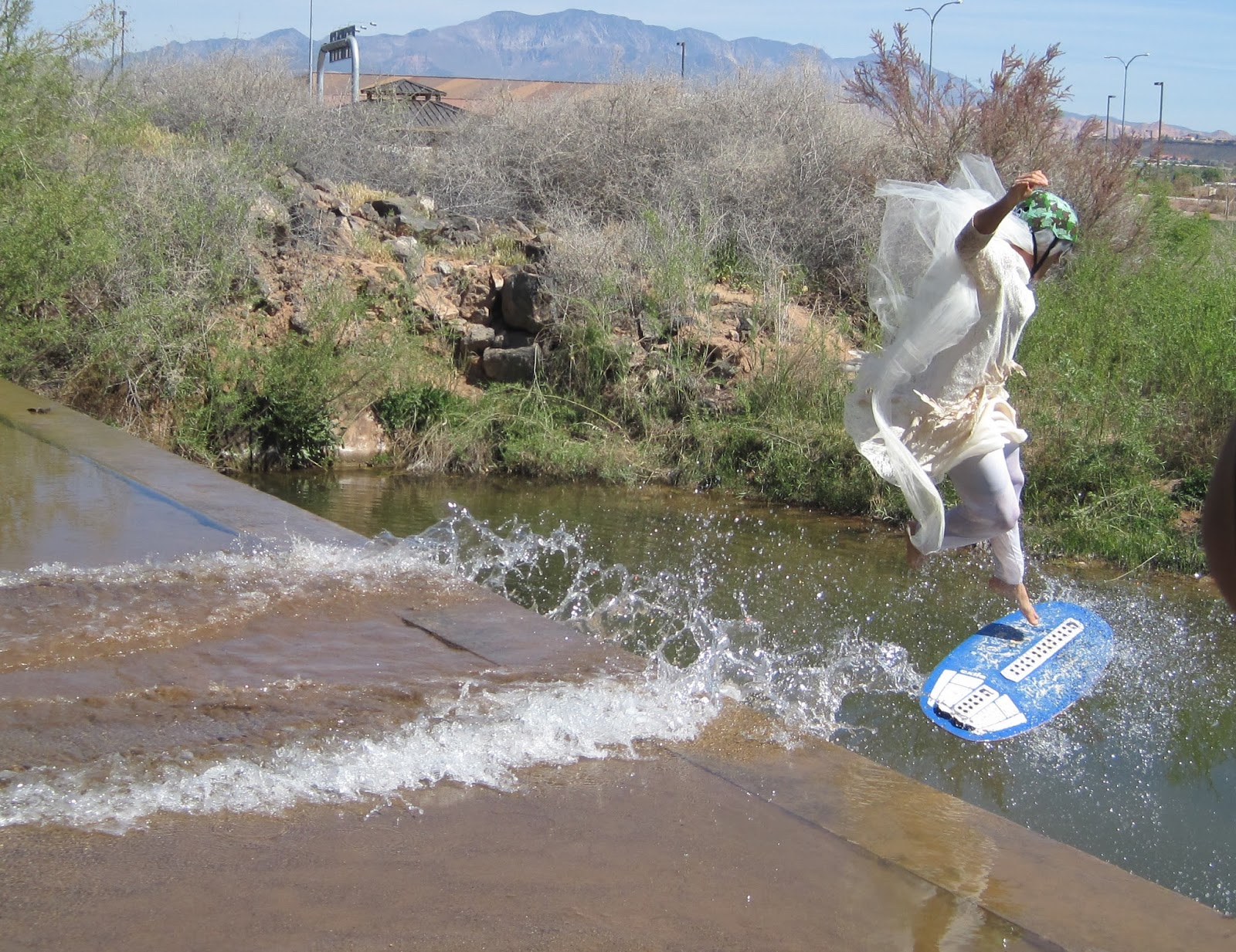 “I'll never forget the day Rich Gardner donned a wedding dress and rode his skimboard off the lip of the confluence of the Santa Clara and Virgin Rivers.” You can count on me to tell that story well into my old age. If I were to describe Rich's performance to promote Gadzooks! A Comically Quirky Audio Book, I could sum it up in two words: NAILED IT. But why stop there? Rich is a remarkably agile and talented athlete who is apparently up for anything! If anyone ever needs a great stuntman who is easy and fun to work with, hire Rich! 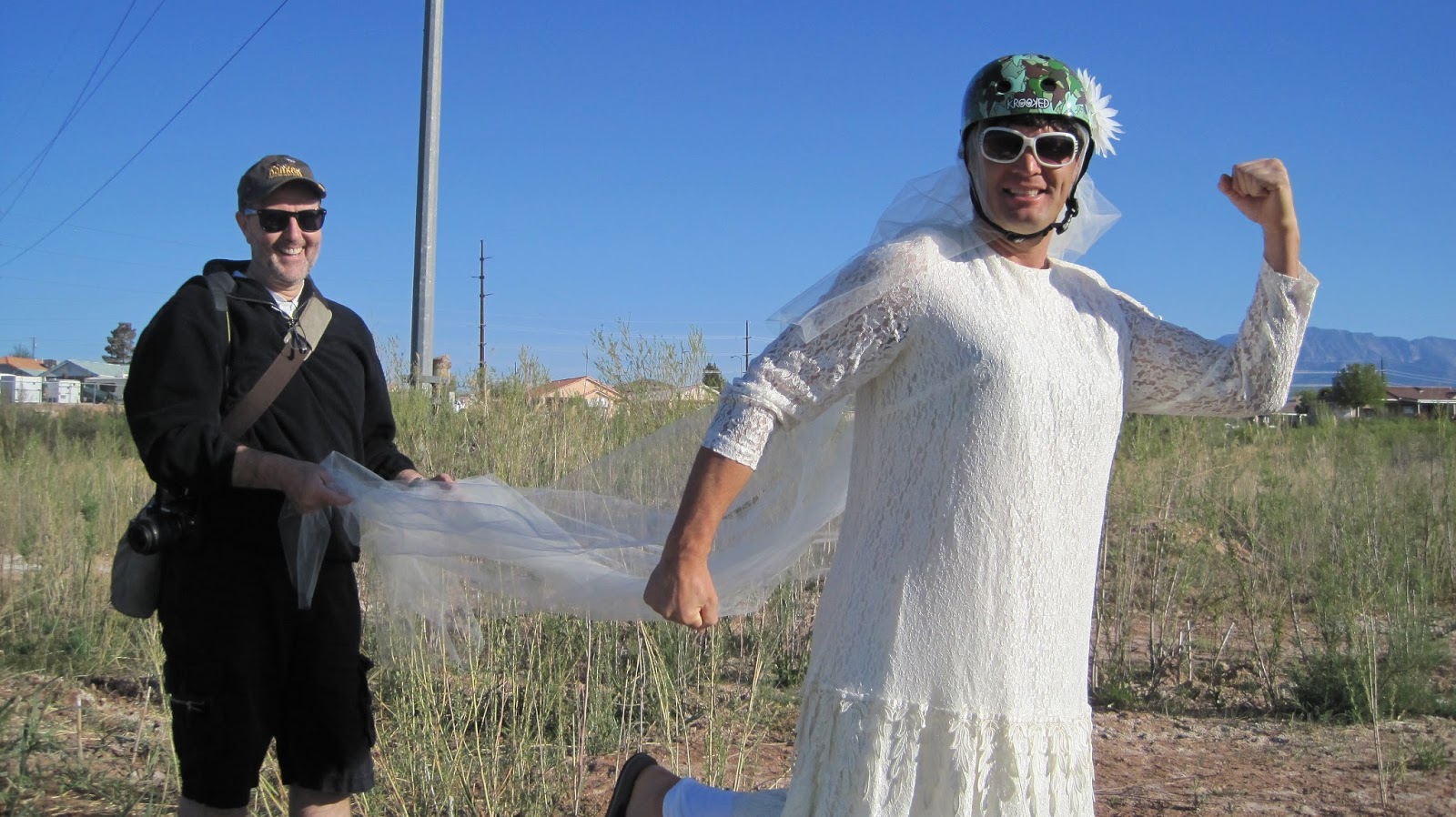 Rich was just one of 10 amazing people who worked on the video for Gadzooks! As is custom with my promos, the delightful Steve Campbell served as the spokesman. Steve is nothing short of charming, both on camera and off. I was especially grateful to Steve this time around because he was in the emergency room until late the night before the shoot, arriving on time the next morning sporting a badly injured leg. Apparently, Steve is takes the notion of “the show must go on,” quite seriously. 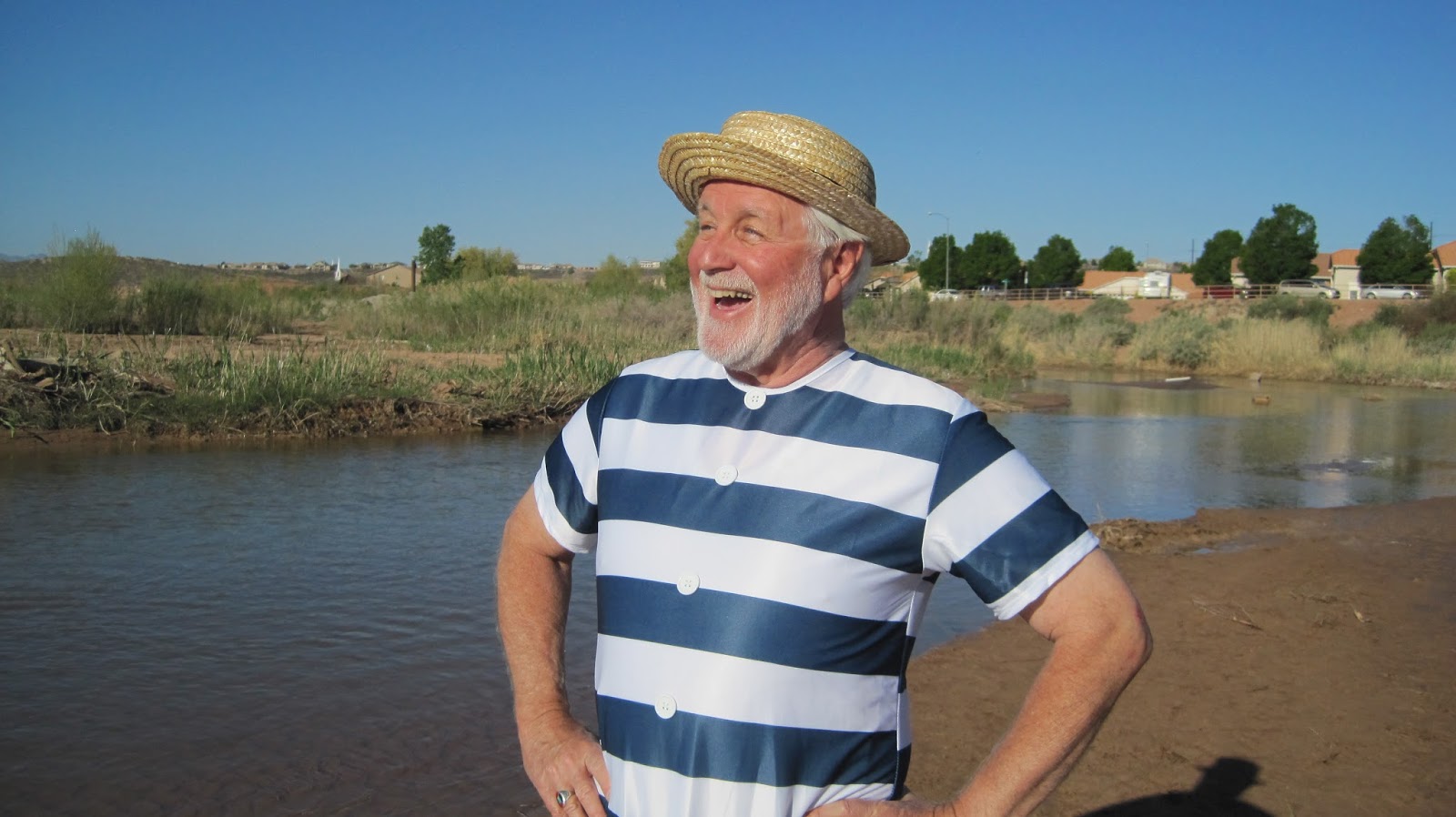 Accompanying Steve on camera were three “Sister Wives” played by Kristin Hunt, Melanie Camire and Heather Oram. These gals were good natured enough to tone down their obvious beauty in lieu of bad hairstyles and dresses purchased as “Fuglies Are Us.” The water in the Virgin River on the day of the shoot is hardly what I would call warm, but there was nary a complaint when our Sister Wives took the plunge in leaky rafts! 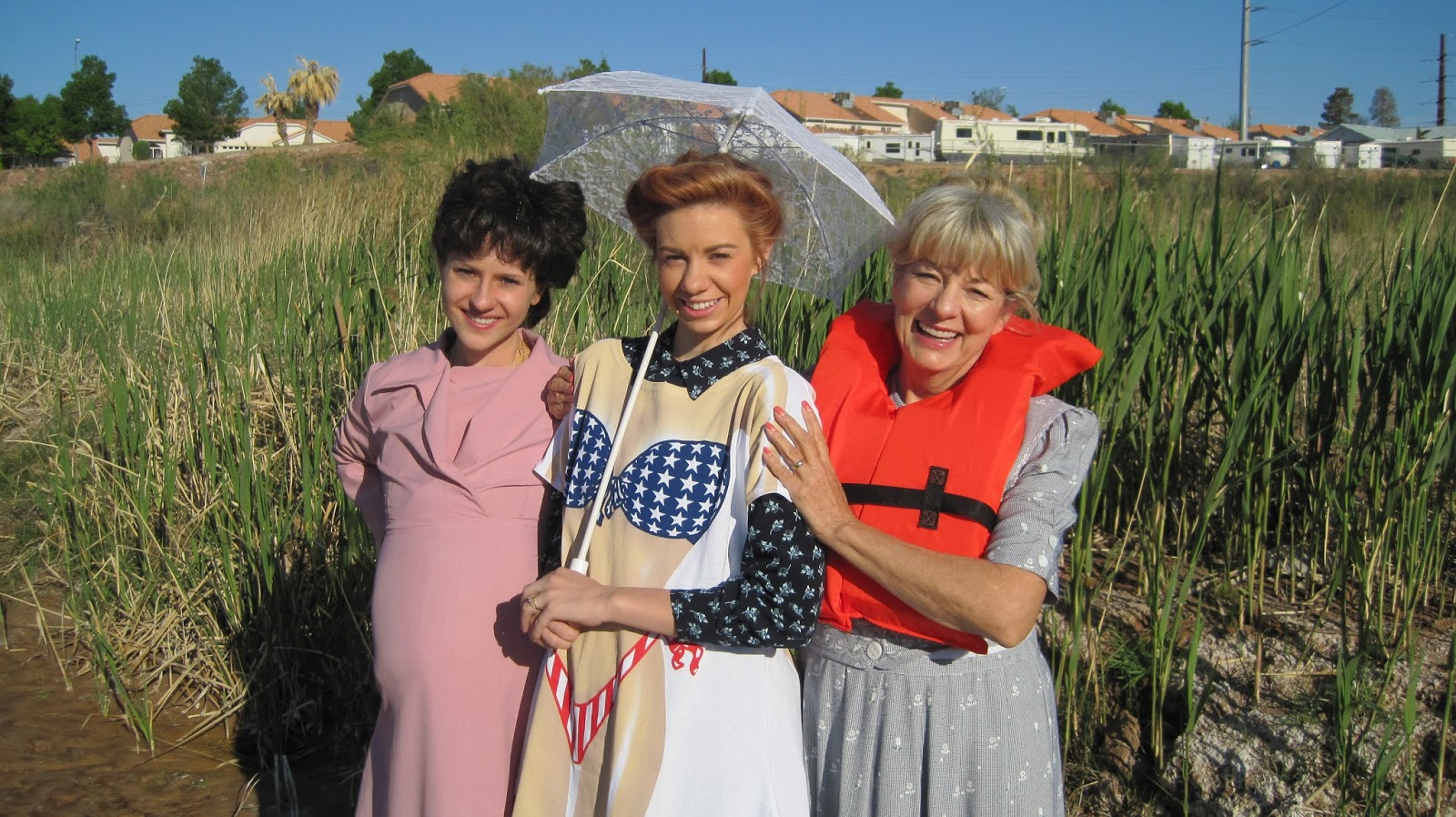 Behind every great video performance is a whole crew of people working to make the magic happen. In this case, it started with Garry Morris, Director for the shoot, and Kent Hayes, who assisted with every aspect of the production including putting together the costumes and wigs for the actors. Honestly, I couldn't have pulled this off without Garry and Kent. Both guys have played key roles in all of my audio books and the videos to promote them. 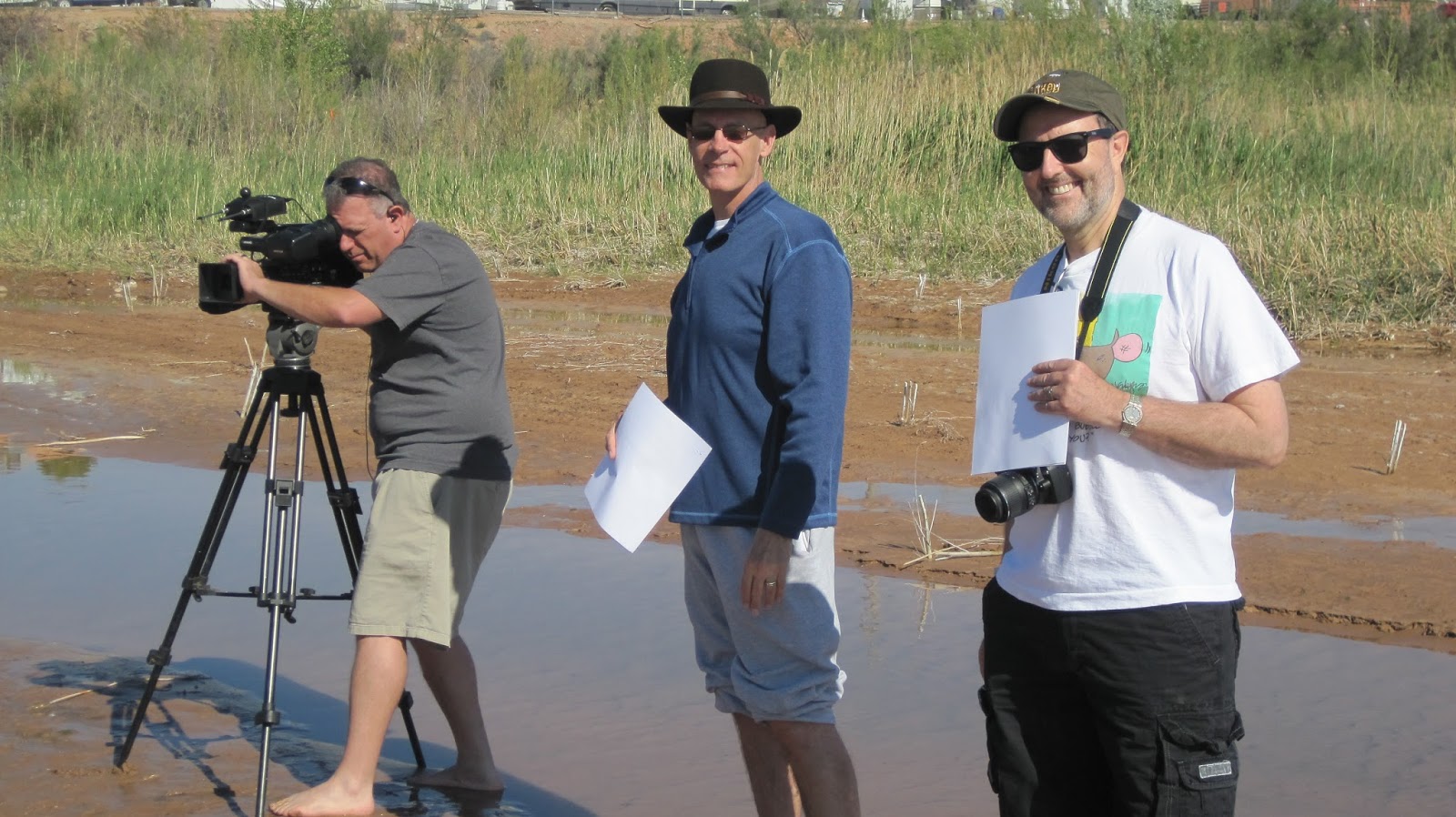 Our Video Crew was top notch as well. Lead by Billy Wilkin of Silly Billy Media, the filming went off without a hitch. Billy's assistants, Sheldon Demke and and Sam Perez, were not only totally cool to work with, but had loads of great ideas as well. This group proved they were willing to go to any lengths to get the perfect shot, including Billy's 8-foot jump into the confluence of the rivers to get the perfect image of Rich sailing overhead on his skimboard. 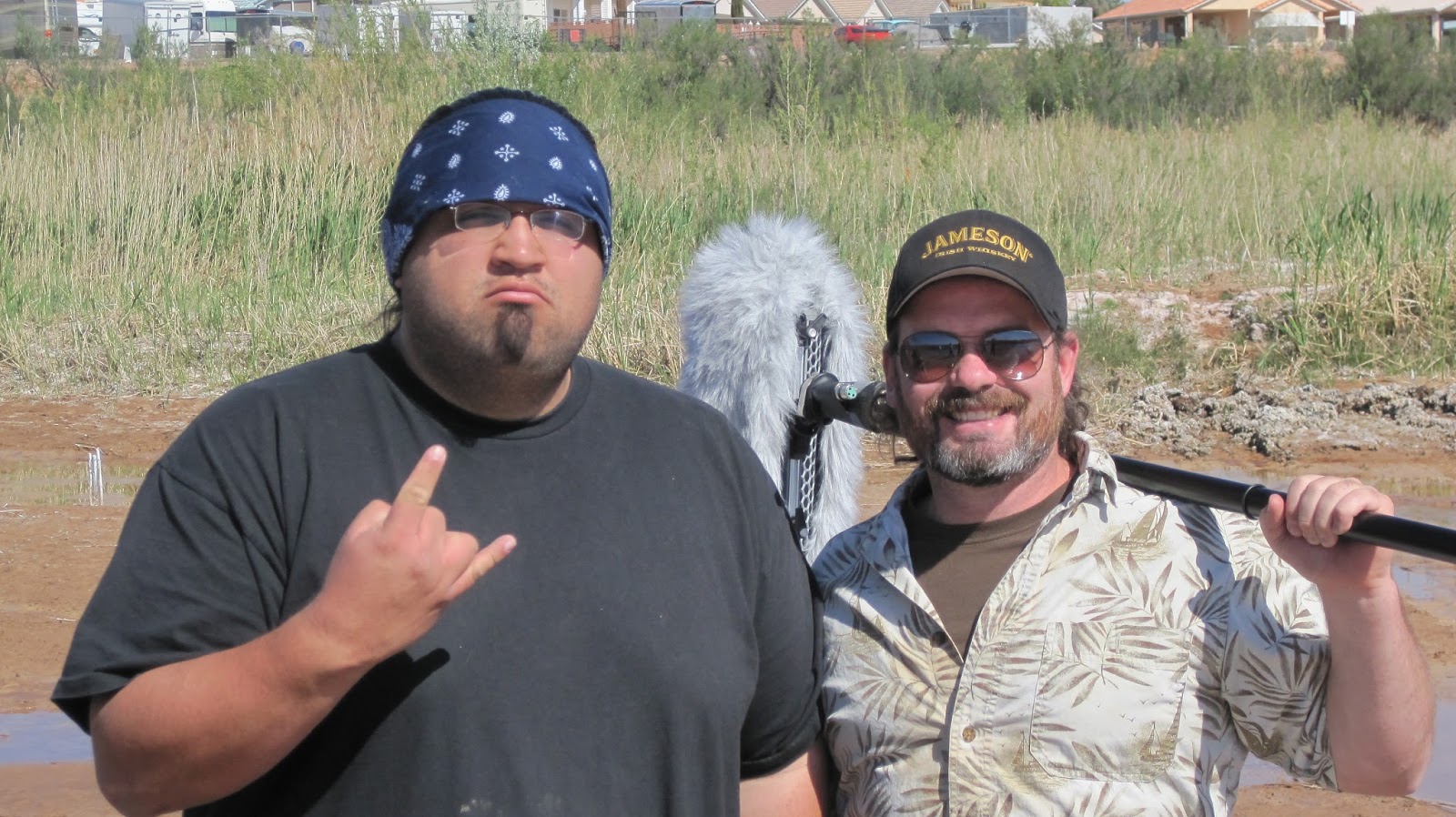 Billy, Sheldon and Sam are all set to graduate from Dixie State University in May. Billy has already been tapped to head up a shoot for a major film and will use Sheldon and Sam as his assistants. Look for these three to go a long way with their film careers! 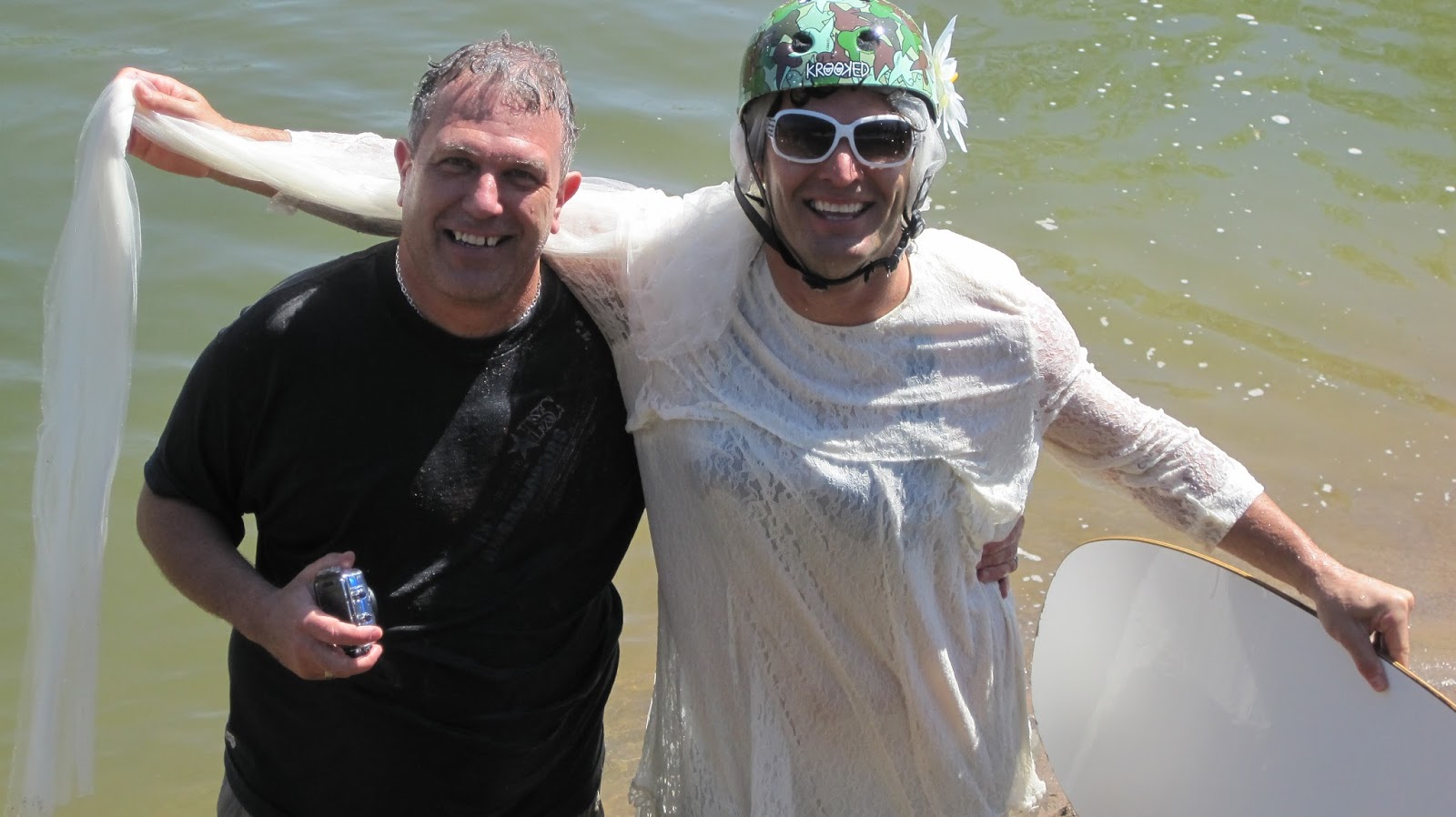 Thanks again to my fabulous Cast and Crew for a spectacular day on the Virgin and Santa Clara Rivers. I'm looking forward to launching our video along with Gadzooks! A Comically Quirky Audio Book on September 22, 2014. 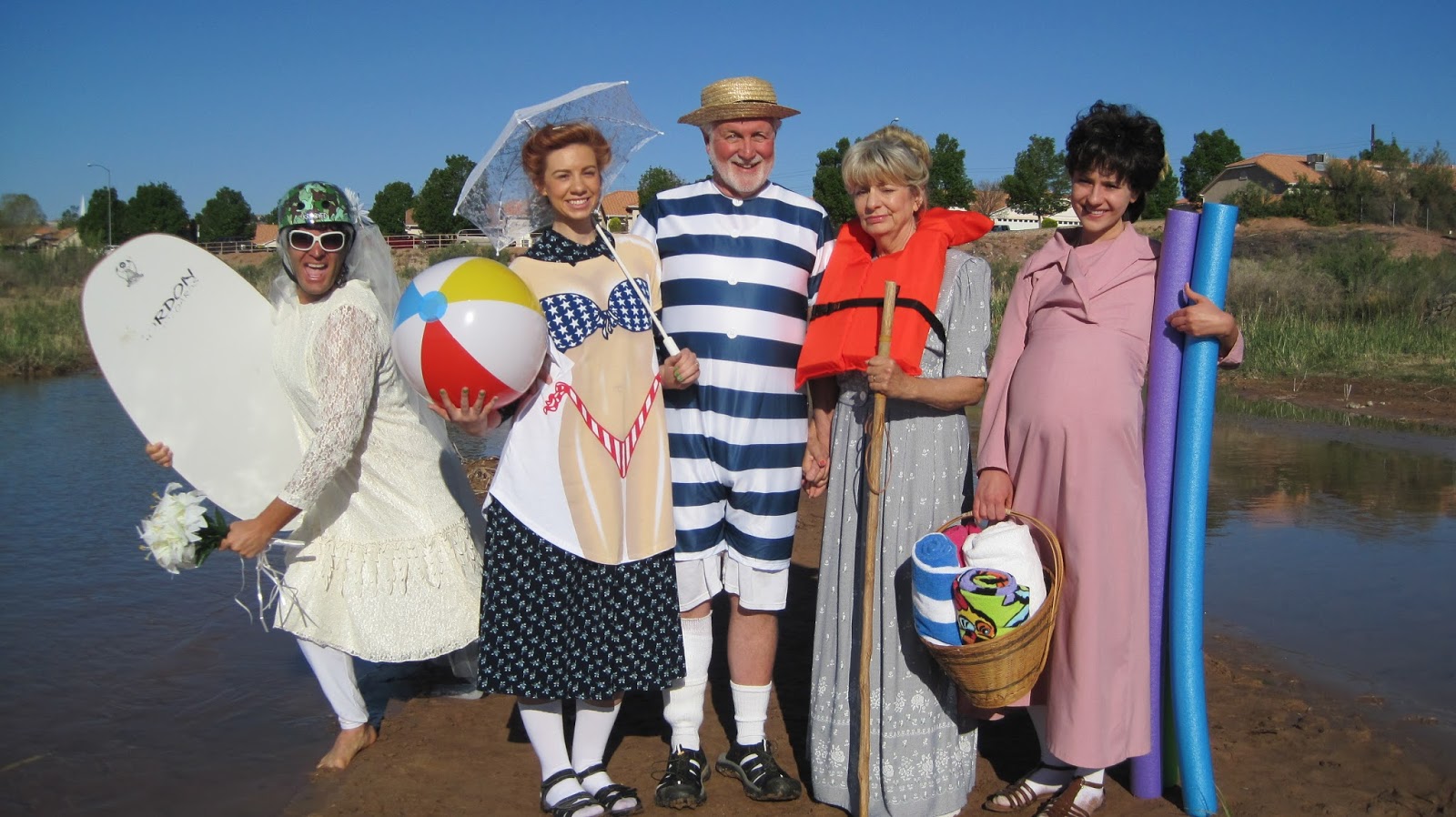