Today I'm honored to feature a piece written by Ned Cordery which describes a wild and crazy video shoot he participated in on January 31, 2015. The purpose of the shoot was to gather footage for a series of Facebook ads for the Quirky Audio Book Series. Although this was a small time production, we had a Major League Staff, starting with Ned working as our photographer and Mary Cordrey, Ned's wife, serving as his assistant. Rounding out the crew was Garry Morris who directed the video, Michael Park, Key Grip, Jim Park, Equipment Assistant, and our fabulous Cast: Steve Campbell, Kristin Hunt Treyson and Tori Park and Jessica Henrie. The photos for this article were taken by Mary Cordery. 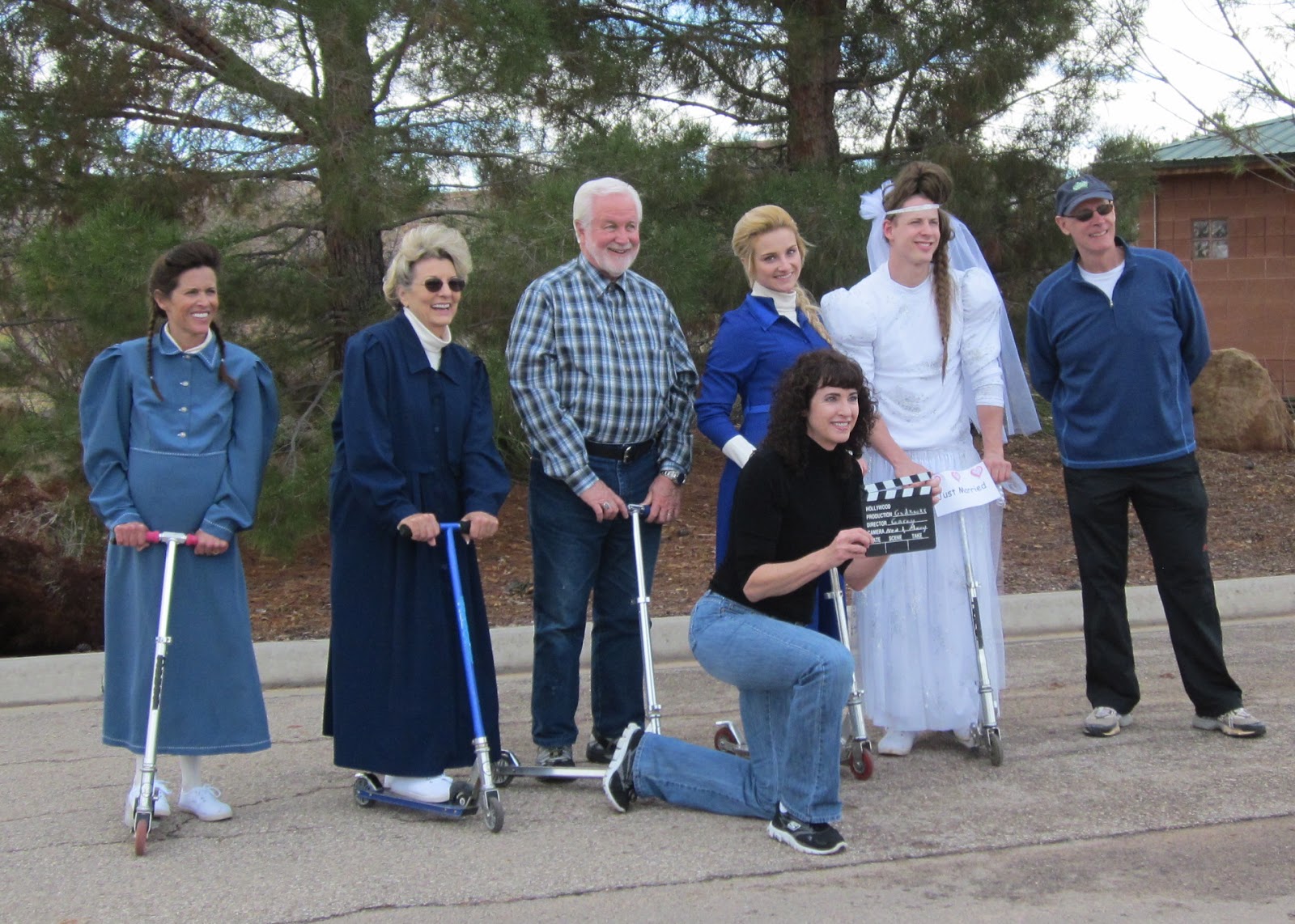 An odd title for a piece on film making but the title of an audio book written, directed and recorded with a team of actors by Adele, a very talented lady winning awards for her very original audio books. She promotes them with short visuals on YouTube, Face Book and Reddit. “Gadzooks!” is the latest in her series that follow the hilarious adventures of a polygamous family and its neighbors in the fictional but easily recognizable Zion Flats. Adele planned a campaign with short video pieces timed to calendar events; St Patrick’s day, Easter and activities including tennis, cycling, riding scooters and off road vehicles in the desert. All topped off with a failed wedding ceremony to a very dubious bride. A team of actors hired and local Director, Garry, to lead the effort, I was shooting using the Sony NEX EA50 and my wife Mary provided stills and sound for the two segments where there was to be a short piece of dialog. All this to be shot in one day; I read the scripts and my immediate reaction was; impossible! I met with Adele; she wanted me to shoot and deliver the clips and she would edit them using iMovie, an early version that would not accept AVCHD (.m2ts files) but would accept .mpg4 files. My camera will not shoot .mpg4 so I would deliver the camera files and she would then transcode them using a stand- alone utility program. 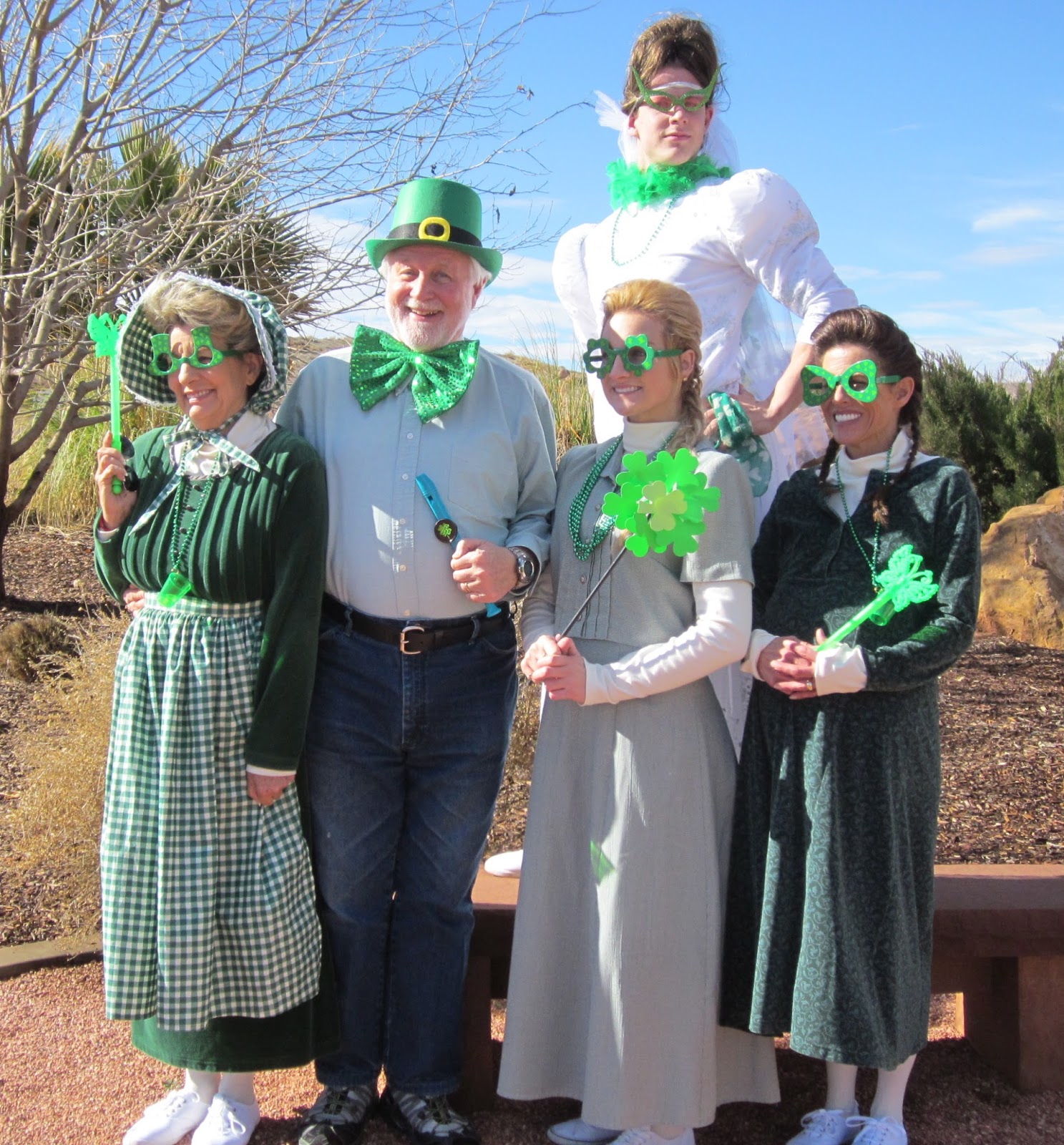 The shoot day dawned and it rained all day; no activity so all set for the next day with the assurance that the weather would clear. It did, and we started shooting the cycling sequence in a local park under cloudy, morning skies. Garry set a brisk pace; rehearsal, shoot, was that OK? Then next shot. Meanwhile the light was going up and down as the clouds cleared from the sun and then obscured it. There wasn’t time to wait for the light to stabilize so I was kept very busy watching the exposure and white balance. The base sensitivity of the camera is 160 ISO but I was at times using 400 ISO and then using 160 ISO with a Neutral Density filter, one of the drawbacks of this camera is that it has no built-in ND filters so it is a matter of attaching a filter to the lens. I like to shoot exteriors at around f 5.6 which seems to be the “sweet spot” of many lenses. I used the Sony 18 – 200 E-mount zoom lens which gives excellent results across the full range of focal lengths. I was fully occupied making sure that we got decent quality images and I was happy that it was just the ambient sound most of the time and that didn’t matter as much of it would be removed. 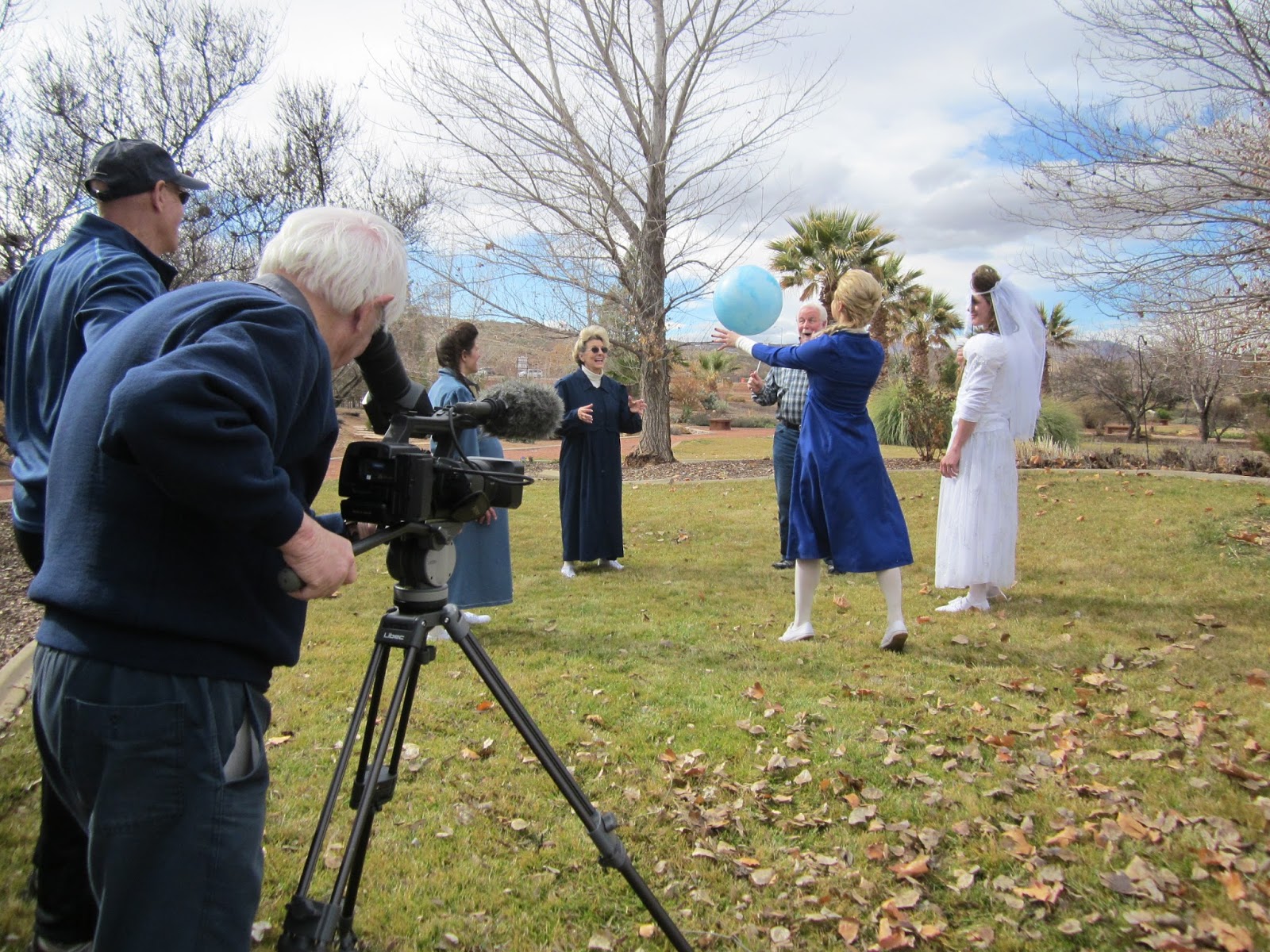 A number of sequences in the park involving costume changes, scooters, tennis and games, all at a breathless pace. Adele’s husband Michael worked as my assistant as we moved from location to location, I was very grateful for his hard work. A short break for lunch and then the wedding sequence which went from exterior to interior in one continuous take so the interior had to be lit to match the exterior. I did this using daylight rated fluorescents but to add to the difficulty the wedding party stood in front of a giant window so they were brilliantly back lit and I had to frame so that the reflection of the lights was out of the picture area. 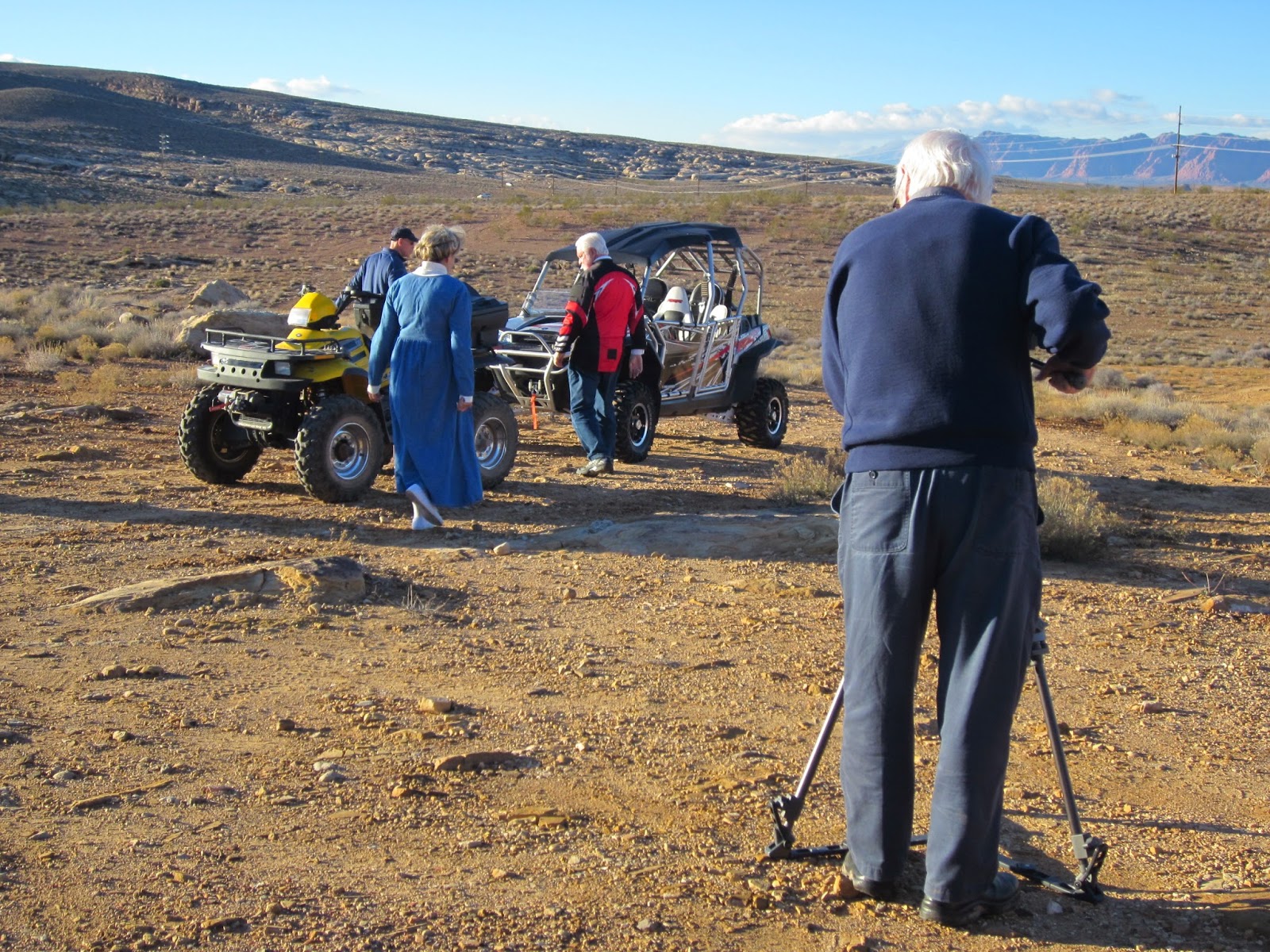 We left for the desert. The sun was now low in the sky and the red rocks turning even redder as the color temperature went down and the shadows lengthened to the point where it was difficult to keep the crew shadows out of shot. We shot riding in an all- terrain vehicle; an argument amongst the polygamists, a picnic, the “bride” climbing a rock. The sun set and we staggered away exhausted; the shoot was a wrap. We had shot everything Adele had listed and just hoped that it looked OK.
Everything was recorded to a 32 GB Class 10 SDHC card which was downloaded to two external hard drives for security and the card stored until the project was completed. The shots looked fine, a few needed a little color adjustment and I felt there were not enough close-ups to help with the edit; we had fallen victims to the pace at which everything was shot. I was to load the clips on to DVDs as data files and as I am now using Vegas Pro 12 as my edit software was able to transcode all the clips to .mpg4 saving Adele the additional task of transcoding. I delivered the DVDs, Adele called; she is happy with the results and by the way is also a skillful editor. 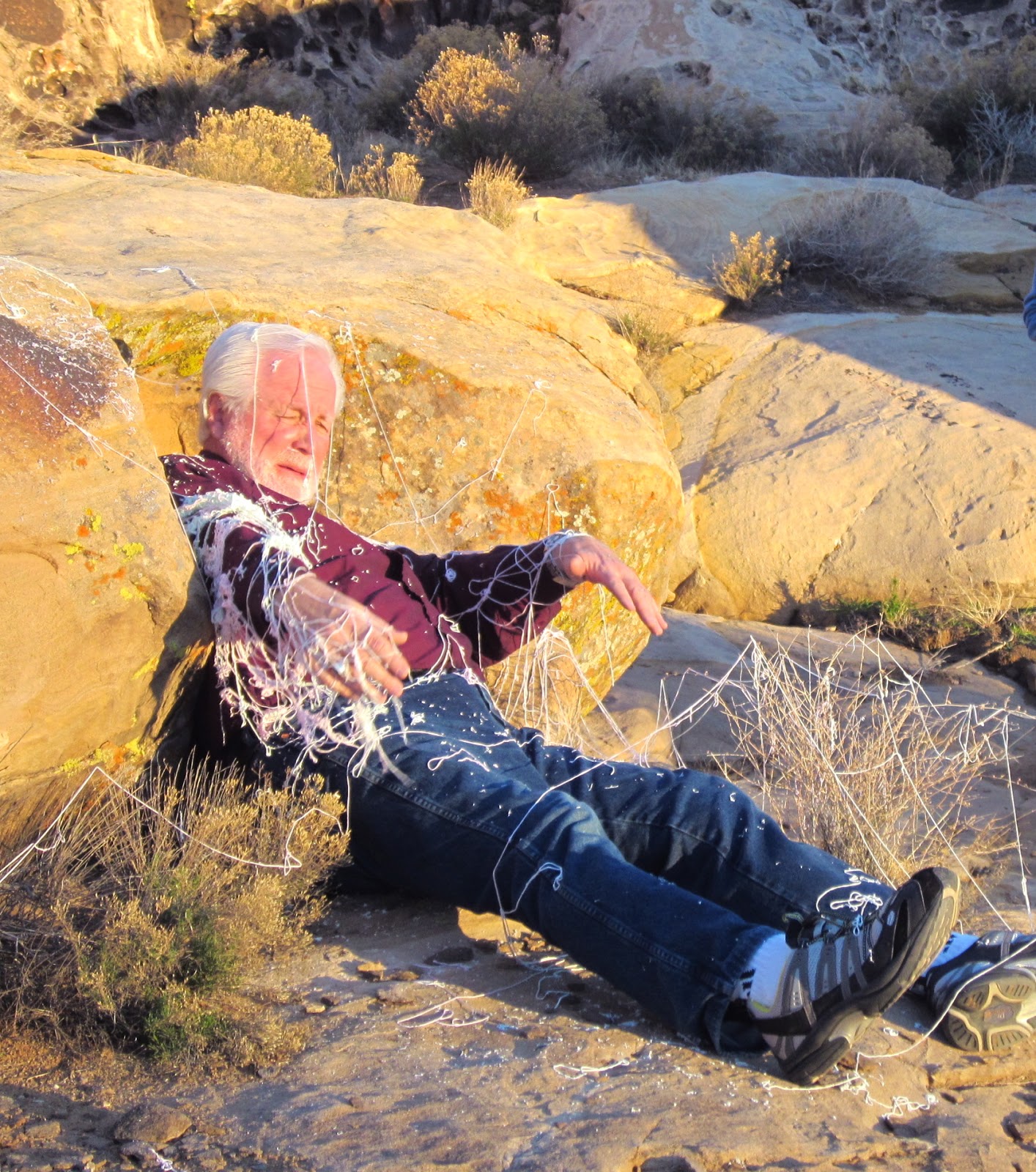 To see the results visit: https://www.youtube.com/channel/UC7XB8BQsGC5jZVQfQJOi4yA