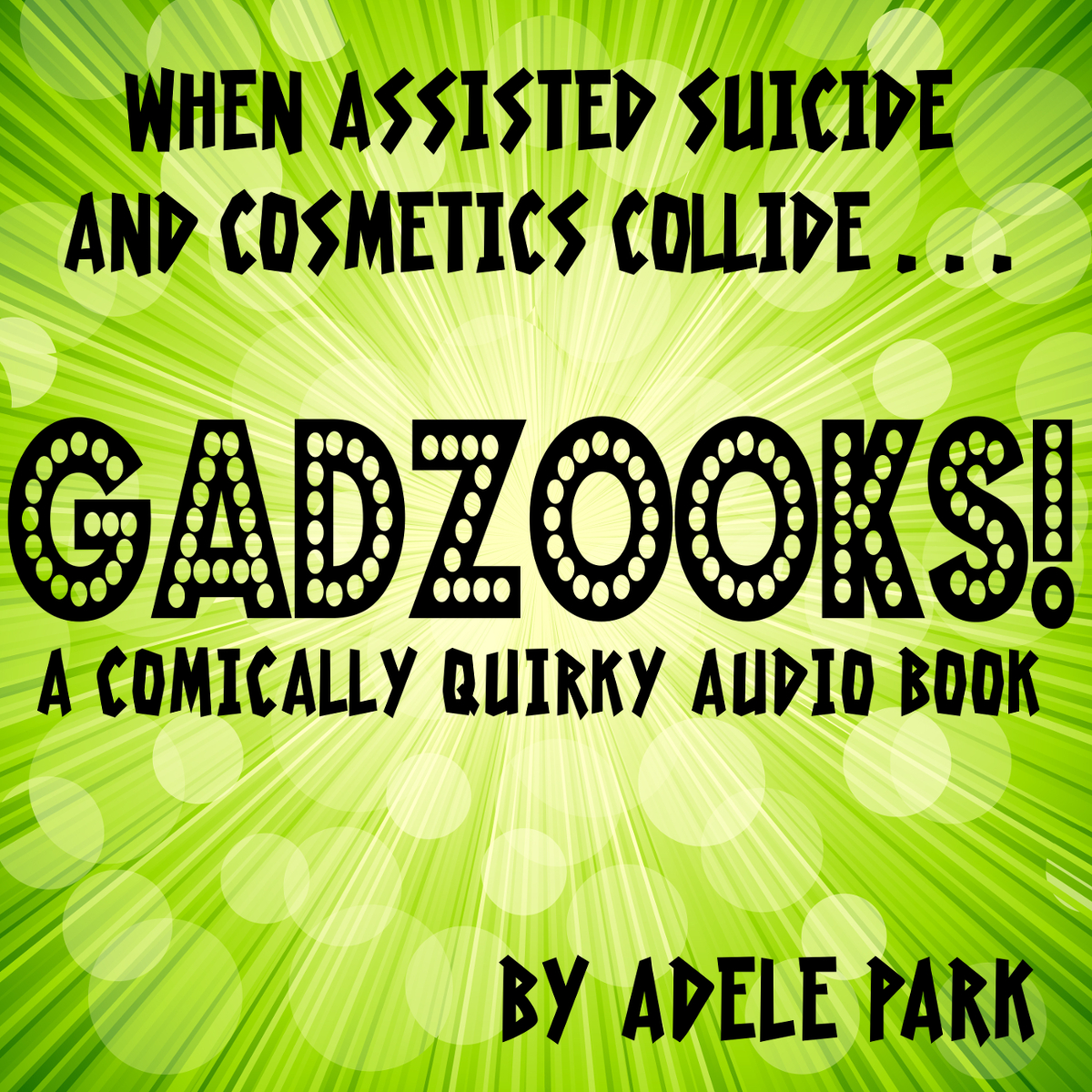 What happens when assisted suicide and cosmetics collide? Find out in Gadzooks! A Comically Quirky Audio Book by Adele Park. Named as a finalist in the Original Work category of the prestigious Audies Competition sponsored by the Audio Publishers Association, Gadzooks! keeps listeners laughing with quirky humor done up polygamist style.

WHEN ASSISTED SUICIDE AND COSMETICS COLLIDE . . . Gadzooks! A Comically Quirky Audio Book is about a polygamist woman who sends a succession of husbands to heaven in a hurry. Using a cast of nine actors who tell the story in funny, first-person narratives, Gadzooks! takes the bus all the way to crazy town where listeners meet characters like Scottie Sphincter, lead singer of a band called The Rectal Surgeons, and Blue McKenna, a kooky pot grower.

This is Park's second production to be honored as a finalist in the Audies Competition. WHEN RADIO AND POLYGAMY COLLIDE . . . Jitters-A Quirky Little Audio Book, written and edited by Park, won an Audie for Multi-Voiced Performance in 2011. Often referred to as the “Oscars of spoken word entertainment,” the Audies honors the nation's top authors, narrators and publishers. This year's winners will be announced May 28th in New York City.