The Legend of Mistletoe 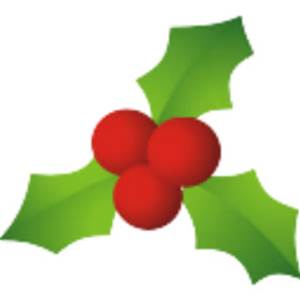 Have you ever wondered why people kiss under the mistletoe?  First and foremost, people do it because they can! And why not? Who couldn't use a good smack-a-roo to celebrate the season? The Greeks were on to this idea back in the days when they used to celebrate Saturnalia and then later as part of some primitive marriage rites.
The thinking was that mistletoe might have the power to bestow fertility.

In Scandinavia, mistletoe was considered a plant of peace, underwhich enemies could declare a truce or bickering spouses could kiss and make-up. Either way, these people had more great ideas than just Swedish Fish and Ikea, although they rank right up there.

The English kicked it up a notch in the 18th century, creating a kissing ball made up of mistletoe, evergreens, ribbons and ornaments. This created what I can only imagine was truly a sticky wicket. If a woman dared to stand under the ball, she couldn't refuse to be kissed, no matter what toad might rush in to take advantage of the situation. And if no one took her up on the offer, it was believed that she couldn't expect to marry during the following year. That only stands to reason if you think about it. If no one wants a free kiss during the Christmas season, they're probably not thinking of laying on on at Easter.

The Brits were no dummies, building an escape clause into the whole kissing ball phenomena. In some parts of England, mistletoe was burned on the twelfth night in hopes that certain boys and girls who kissed under it will never marry. The lesson here would be not to kiss in front of your parents!

Things may have changed, but one thing remains true:  now is the best time of year to kiss someone under the mistletoe!  Merry Christmas one and all! 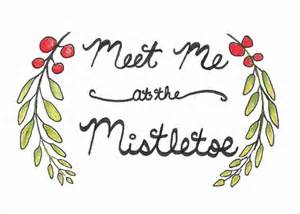