- January 12, 2016
A Note from Adele:  This story was submitted to my blog by Kenneth Weene, an educator, psychologist, minister and author of several books.  I became associated with Kenneth through his work as a co-host on It Matters Radio http://www.blogtalkradio.com/itmattersradio
Kenneth will be soon be releasing another book called "Times to Try the Soul."  In the meantime, enjoy this piece of "flash fiction." 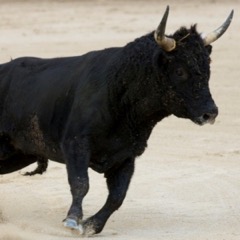 The Terrier and the Bull
By Kenneth Weene

As he had every Sunday afternoon for fifteen years, Travers Dunworthy searched the Internet for any references to the Blessed Sacredbody Church or the town of Sacredbody, Utah. As leader of the community and bishop of the flock, it was his self-appointed responsibility to make sure no slur would go unanswered, no slight unmet. Fifteen years and not once had there been cause for concern—indeed not even a mention of church or town. Travers had seen to it; the church and the town his grandfather had founded remained an unremarked speck on the map of life.

Thundering from the pulpit, his face flushed red and his spittle flying, the bishop had made God’s expectations clear. The wages of sin were death, and if the exorcism of depravity from his flock left him often on the brink of apoplexy, why then the wages of purity may well be a stroke. “Blood pressure be hanged,” Travers told his physician, he would keep his community pure.

“How extraordinary,” Travers bellowed—his face crimson, his lips frothing; “you must see this.”

Becka scurried into her husband’s study. A small terrier of a woman, she always came at her husband’s call, always scurrying, always worried that Travers would be annoyed. How often had he condemned her to hell everlasting? Fortunately, Travers was a forgiving soul who would lift those oaths of condemnation and anathema after a few days of tears and pleading. Still, it was a fearful thing to know that during those days, should something happen, some accident or foul play, eternity would be spent in pain and sulfur.

“What, Dear?” she asked—her voice tremulous.

“This!” He glowered at her as he pointed at the computer’s monitor. “This! How do you explain it?”

Becka moved closer, lifting the reading glasses which hung from her neck, perching them on her nose, and peering at the offending screen. “The Essence of the Body in Sacredbody” was the title; Francine Bushwick the author. “Bad enough,” she knew instantly, but the accompanying photograph was far worse. There they were, the town’s womenfolk, at least those under thirty, in—gasp and geez almighty—two-piece bathing suits.

“Blasphemy,” Travers shouted. “Where were their fathers, their husbands, their fiancés?”

At first it had not registered. It could not be conceived. But there she was, their own daughter, Rosalie, in the second row, third from the right.

“And where were you?” Travers demanded; switching—as he so often and easily did when it came to their daughter—the onus to his wife.

“Who is this Francine Bushwick?” Becka asked. Better to deflect her husband’s wrath than to face it.

“Some stranger,” he bellowed. “Some harlot corrupting our children. But where and how?” A last word rising to a howl of outrage. “How?!” His eyes bulged.

“You must preach about this. This very Sunday,” Becka said. “Travers, I’m sure you will make the town see the error of its ways before these, these costumes find their way from the computer to the new pool.”

The new pool, just installed in the middle of the community park, would be opening in two weeks. How scandalous such attire would be. They would be the laughingstock of Utah. Unthinkable.

“You are right, Wife,” Travers said. “A sermon about modesty. And Rosalie will be there; must be there.”

Becka tiptoed from the room quietly closing the door behind her. In the kitchen she slipped her new computer, a gift from their daughter, from its hiding place under the cleaning supplies.

“Sunday’s sermon should be a barnburner. Undoubtedly, we are all going to hell.” Becka emailed to her women’s group; signing the missive: Francine B. 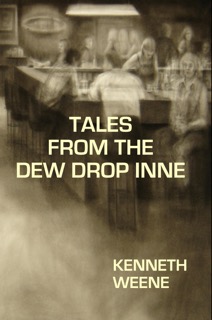 Kenneth Weene is a novelist, essayist, and poet whose work is permeated by his weird sense of humor and awareness of the foibles of humankind. Find his books here. 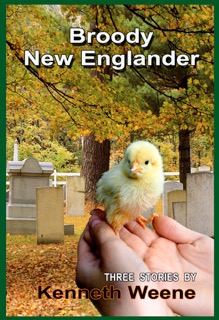