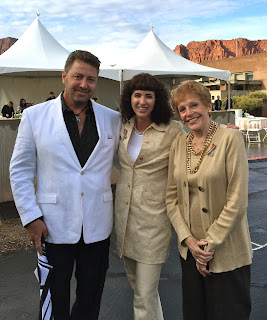 Equality Utah 2015 began like a line out of a Nitty Gritty Dirt Band, "If we're ever gonna see a rainbow, we have to stand a little rain."  In this case, it was a lot of rain, which is really saying something given that we live in a desert.  Nonetheless, right before the event was set to begin, Linda Stay, Equality Utah South Coordinator, entered the scene.  As if by her command, the rain abruptly ceased, the clouds lifted, and, if the media is to be believed -- and in this case I have no reason to doubt -- a rainbow appeared. 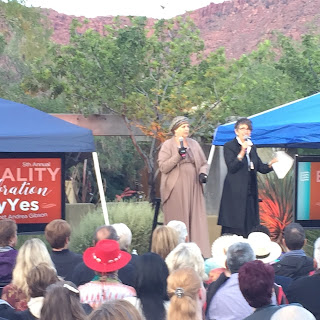 To commemorate the fifth anniversary of this event, it was held in Kayenta, a gorgeous artistic hotspot in Southern Utah where the group held it's first Equality Celebration. 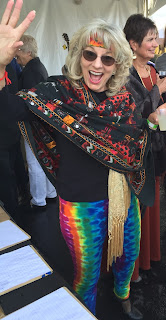 Kristin Hunt, a Kayenta resident who also happens to star in my promotional videos, arrived at the party in style.  Kristin and her husband, John, have been supporters and volunteers for numerous activities in Kayenta as well as for Equality Utah.  It was therefore fitting to have the Hunts accept a gratitude award from Equality Utah on behalf of the entire Community of Kayenta. 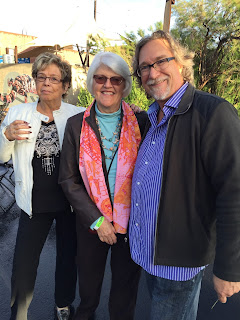 I was happy to run into several of my friends and neighbors who turned out to celebrate Equality and Diversity in our state.  The evening was capped off by a performance from Andrea Gibson, an award winning poet.  Generally speaking, I'm a bit too unsophisticated for most poetry, but Andrea's work literally moved me to tears. 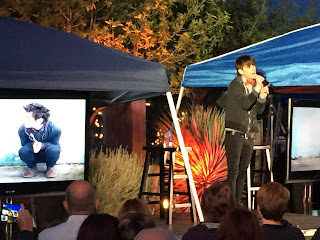 Andrea's poems reminded me of how fragile people are, and the devastating effects bullying can have.  Andrea's work illustrates how those who have been wounded can lift themselves and others up by sending love to those who move to oppress them.  Funny how that works. 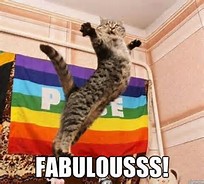