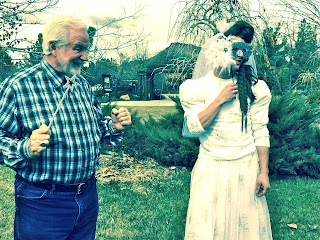 Audiobook narrators, authors, publishers and producers will gather in New York City on Thursday, May 28 to celebrate the 2015 Audies Competition. Often referred to as “the Oscars of Spoken Word Entertainment,” this prestigious event honors the top audio books produced each year.

I was thrilled when Gadzooks! A Comically Quirky Audio Book became a finalist in the Original Work Category. I would personally like to thank my fabulous cast: Garry Morris, Andra Harbold, Lesley Mendenhall, Abby Elvidge, Rhett Guter, Melissa Sandberg, Kent Hayes, Jack de Golia, and Steve Campbell. In my mind, these talented actors are already winners! I truly appreciate all the skill and passion my actors bring to every audio book I produce.

I am honored and humbled to have Gadzooks! A Comically Quirky Audio Book even listed along side four very notable and impressive titles in the Original Work Category:

Transparent: Behind the Scenes; Narrated by Jeffrey Tambor; Audible, Inc.

I would like to extend my most heartfelt wishes to the authors, narrators and producers of Hamlet, Prince of Denmark, Mandela: An Audio History,Transparent: Behind the Scenes, and The Child. Best of luck to you all during the upcoming Audies Competition. Thank you for setting the bar of excellence so high!

Want to hear the results from the Audies as they happen? Tune into the live streaming service provided by the Audio Publishers Association http://adbl.co/AudiesAPA 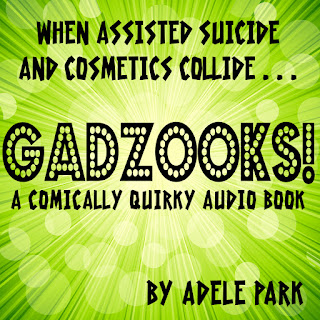