Review of The Girl on the Train 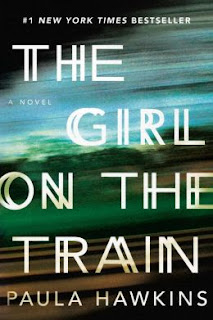 I'll start my rating of The Girl on the Train by Paula Hawkins with my GoodReads Points: Five Stars!
https://www.goodreads.com/author/show/4673038.Adele_Park

What was so great about it? For starters, the author, Paula Hawkins, really knows how to spin an intriguing “Who done it” http://paulahawkinsbooks.com/

The Girl on the Train tells the story of Rachel, a woman who has been abandoned by her husband for another woman.  Rachel's life is such a mess that she turns to alcohol for comfort.  Each day as Rachel commutes to London, she imagines the life of a couple she sees from the train.  Later, Rachel discovers the woman she has been watching has been murdered.  The plot thickens as Rachel learns she was on the street the night of the murder, but doesn't remember much because she was blackout drunk at the time.

The style in which Hawkins presented the plot of The Girl on the Train reminded me of the movie, Gone Girl starring Ben Affleck Rosamund Pike http://www.imdb.com/title/tt2267998/

All of the characters in The Girl on the Train are somewhat despicable, but Hawkins gives them context by showing the sources of the pain which cause the characters to behave so badly. The reader is able to empathize with the characters without condoning their behavior.

I don't give five stars for audiobooks unless the narration is as good as the story. And The Girl on the Train really delivers with Clare Corbett, Louise Brealey and India Fisher. I'm not just applauding these actresses because I fancy British accents. These narrators pull off a stellar performance, luring the listener into the story with the believability in which they tell their stories.