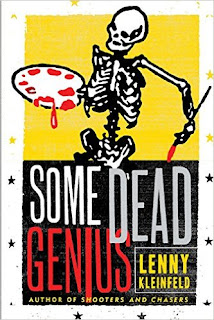 To learn more about Kleinfeld's previous work as playwright, screenwriter and columnist for periodicals such as the Chicago Tribune and New York Times, check out his website:
http://www.lennykleinfeld.com/SOME_DEAD_GENIUS.html