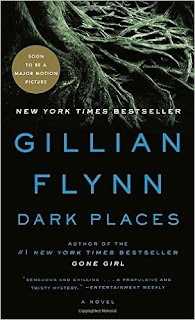 Flynn's website says she's busy playing Ms. Pac-Man in her basement lair. One can only hope that while Flynn is down there she spares a few minutes to write another novel!
Posted by Adele Park at 6:58 AM