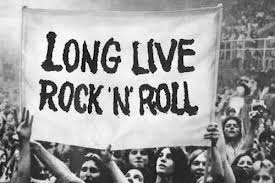 There are two things that stick out about the audio book, Life, by Keith Richards. One: it's 22.5 hours long. Two: it's worth the listen. Oh, and it's also a great value. Life is a cross-country drive's worth of entertainment for $39.98. Put another way, one hour of solid rock legend costs less than a cup of gas station coffee. If you're craving a wild trip without any consequences, Life is a magnificently cheap thrill.

The Rolling Stones have authored so many chapters in the annals of rock-n-roll history you'd have to be living in another dimension not to know something about the band. Musicians come and go, but the Stones have been cranking out tunes people still want to listen to for the last 50 years. It's hard to argue with the staying power of a band like this.

Life opens with an amusing antidote about Richards and Stones guitarist Ronnie Wood being pulled over for drugs in the redneck backwaters of Arkansas in 1975. Jail time was avoided but the judge (rumored by Richards to be highly intoxicated at the time) confiscated his hunting knife and insisted they pose for pictures. In 2008, Presidential hopeful and former Arkansas Governor Mike Huckabee tried to shed his nerd image by masterminding a pardon for Richards. Such is the charmed life of one of the most notorious rock stars the world has ever known.

Life is loaded with intriguing tales about Richards' outrageous lifestyle, but also catalogs an obsessive devotion to his craft. A picture emerges of a man more concerned with creating music than being a member of the rock-n-roll aristocracy. Fame and fortune come off as being an accidental perks.

Naturally, there are scores of women, but again, this isn't presented as a primary goal. Richards appears to gravitate toward women with extraordinary personalities and talent such as Anita Pallenberg. Later, he marries Patti Hansen, a successful American model. Between the two women, Richards fathers five children, one of whom dies as an infant while Richards is out on tour.
And then, of course, there are the drugs. Who can resist such a voyeuristic peep into someone else's private hell? Richards recounts his heroin addiction and the legal problems it caused in frank detail. He looks upon the ordeal almost like a neutral third party, neither bragging about it nor engaging in the sanctimonious disapproval of someone who has since discarded a bad habit. 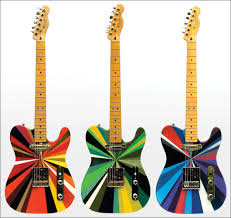 Also tantalizing are the juicy bits concerning Richards' numerous spats with Mick Jagger. Reality TV has nothing on this group. Their relationship, spanning more than 50 years, begins with them living together in a filthy flat, stealing food just to stay alive. They'll go on to sleep with each other's girlfriends and sling not-so-subtle jabs through the press. Richards displays an undying amount of respect for Jagger's music writing and entertainment abilities, all the while maintaining an annoyance with the man himself.

In general, the audio book version of Life is narrated in a very compelling manner. The listener is drawn in and made to pay attention to even mundane details. The only thing that doesn't quite mesh is the changing of the guard with the narrators. Speaking in first person for Richards, Johnny Depp voices the first five discs and then abruptly stops. From there, Joe Hurley picks up the narrative and continues until Johnny Depp suddenly re-emerges on disc ten. Richards puts in a few words himself, providing comments on the front end of the audio book, and carrying the torch for the last disc and a half.

Life can be described as one long Keith Richards song minus the guitar riffs. If Richards is to be envied, it shouldn't be for the trappings that come along with supreme notoriety. What this cat nabbed was the ability to follow his passion. Those who aren't fascinated by Keith Richards before hearing Life certainly will be afterwords.