Hiding the Smile by Charlie Boucher


The Book Blogger Fair Continues! Today we have a synopsis of Hiding The Smile By Charlie Boucher. 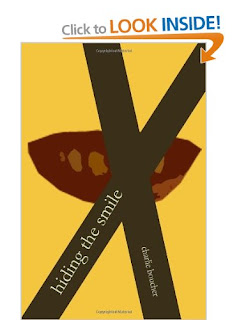 Tammy has managed to survive Dame Arlington-Aird’s Academy so far by pretending to be mad. It’s made a refreshing change and has certainly helped keep the school bullies at a distance. Tammy has learned that if there’s one thing school bullies don’t like, it’s unpredictable behaviour in their victims.
When Cole joins the school, however, things change. Tammy finds in the new girl a person who is as much an outsider as she is, and who is prepared to make an effort to befriend the school lunatic.
School has become a more bearable place until Tammy discovers in Cole a madness that goes much deeper than mere disguise. And suddenly it’s not just school that makes Tammy feel alone and hunted. Cole is working up a desire for blood as well as friendship, and if Tammy can’t give her one, then she’ll have to give her the other.
If the revelation that Cole is a vampire weren’t enough to deal with, the school bully, Juliana, is determined to put Tammy in her place. Belinda, a girl with a penchant for gambling, has discovered Cole’s secret and is attempting to oust Tammy from the position of Best Friend by becoming a vampire too.
A brutally frank policeman is asking uncomfortable questions about dead schoolgirls, and one of the school secretaries is taking far too much interest in Tammy’s personal life. Tammy’s father, the one constant object of hatred in her life, might turn out to be the one person she can trust. If Cole doesn’t get to him first.