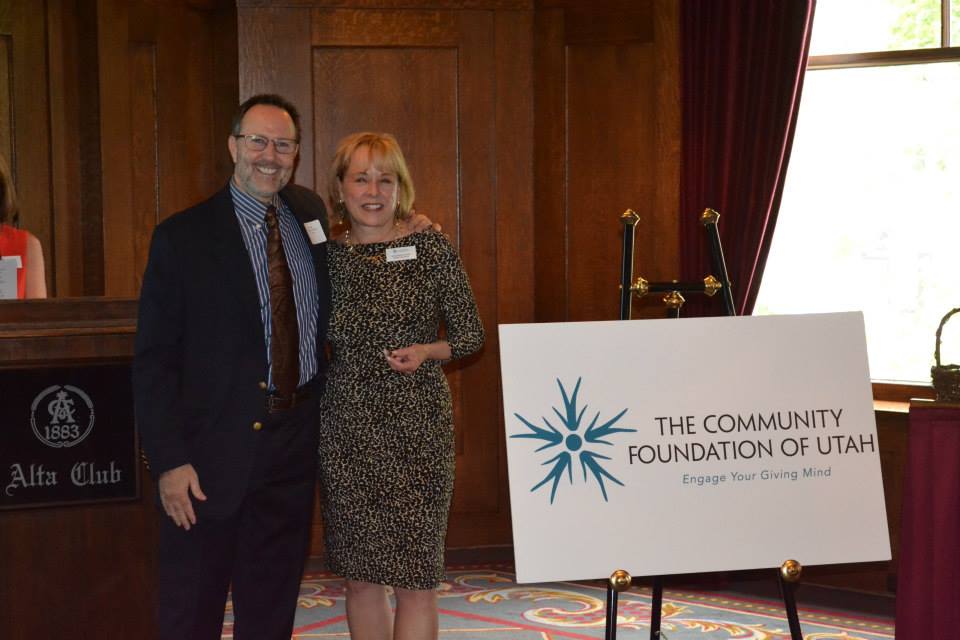 Straight to Audio Productions Actor Kent Hayes was recently honored by the Community Foundation of Utah for his efforts to improve the quality of life in our state. Kent was selected as a member of the “Enlightened 50,” which recognizes citizens who promote and educate the community in ways that encourage collaboration, entrepreneurship and creativity http://www.utahcf.org/.

In addition to being an actor, writer, singer, and artist, Kent is also co-artistic director of the Kayenta Arts Foundation. This organization was created in 2011 for the purpose of providing educationally and artistically diverse productions in Southern Utah. Presently, KAF is building a 144-seat Center for the Arts in Kayenta
http://kayentaartsfoundation.org/.


Prior to his work at KAF, Kent spent 25 years as president of a post-production facility in Los Angeles. He is also the co-founder of Man of Two Worlds, LLC which is an arts and entertainment development company in Southern Utah http://www.manoftwoworlds.com/

Our community is enriched by folks like Kent stepping in to provide us with quality theatre and live entertainment! 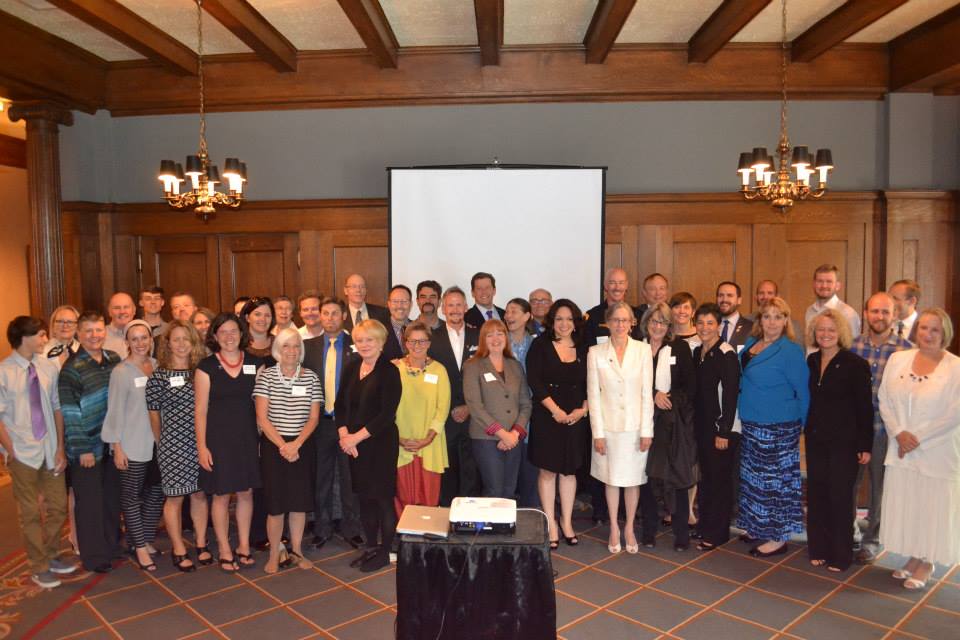 Posted by Adele Park at 6:44 AM No comments:

A Review of The Old Willis Place 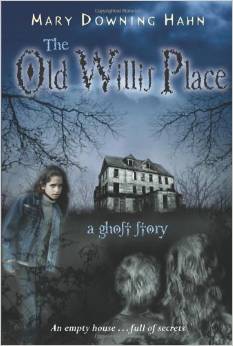 YA is a genre I enjoy, so I thought I'd give this a read. One thing I don't like about some YA authors is they they are often use a smarmy and saccharin narration style. Fortunately, Mary Downing Hahn isn't one of them. While soupy sweet nuances are mercifully absent in The Old Willis Place, the story is not without purpose.

One of the best, and most striking things about The Old Willis Place, is the subtle way Hahn sneaks in the lesson of forgiveness. All to often, ghost stories tend to be about revenge, with things not ending well for the restless spirit. The Old Willis Place dares to explore the healing nature of forgiveness. More importantly, Hahn's main characters in the story, two ghost children murdered many years ago, come to recognize they had a role to play in their own demise. This isn't meant to take away the seriousness of murder, but rather as a means of demonstrating the complex nature of people and their relationships to each other.

Even with stories I like, some YA novels have a tendency to go on long after the plot has exhausted itself. Again, Hahn bucks the trend, keeping the action interesting and intriguing throughout the book.
The Old Willis Place is a good summer read that will appeal to young people as well as adult fans of YA.

To learn more about Mary Downing Hahn, visit http://www.hmhbooks.com/features/mdh/
Posted by Adele Park at 5:03 AM No comments: 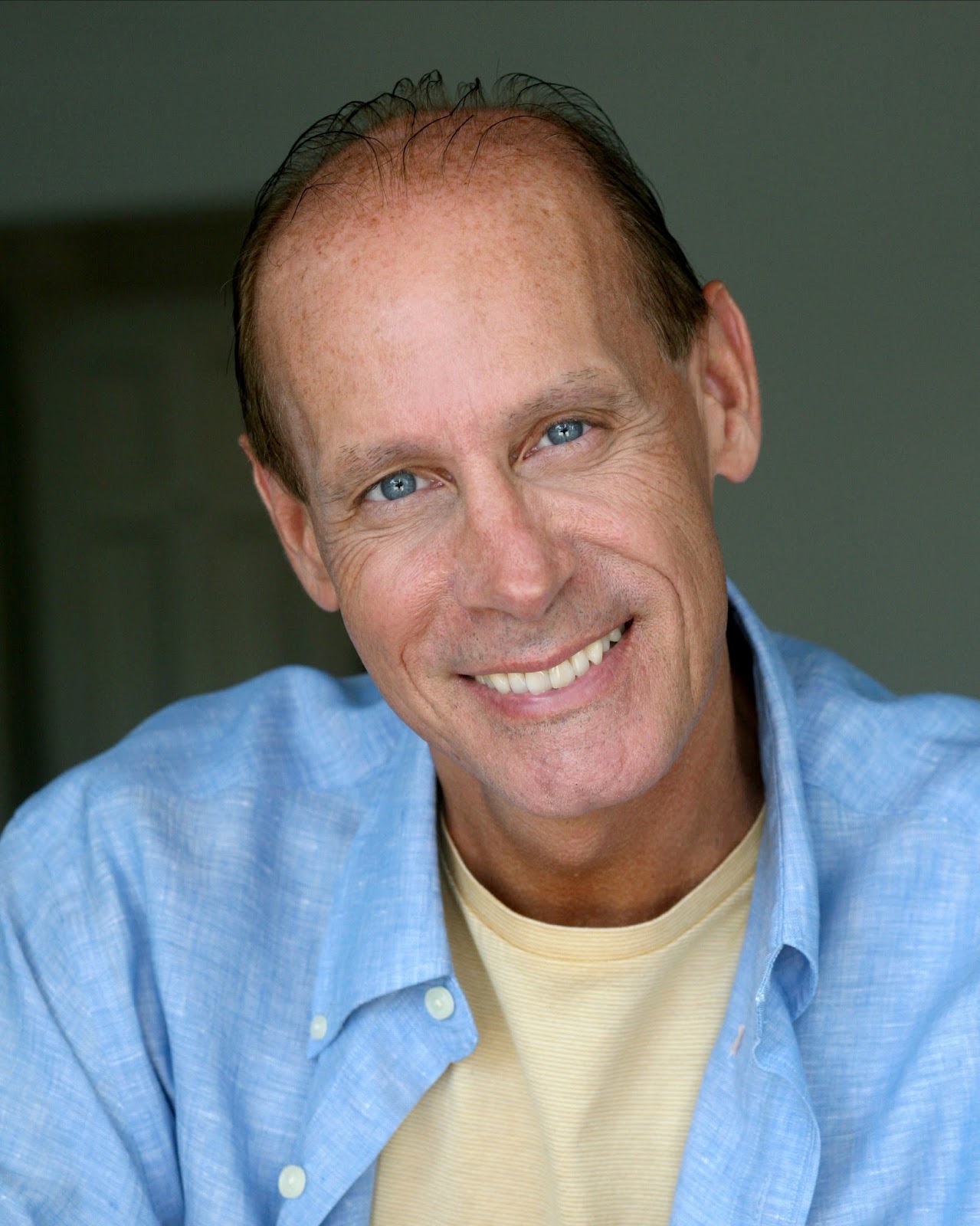 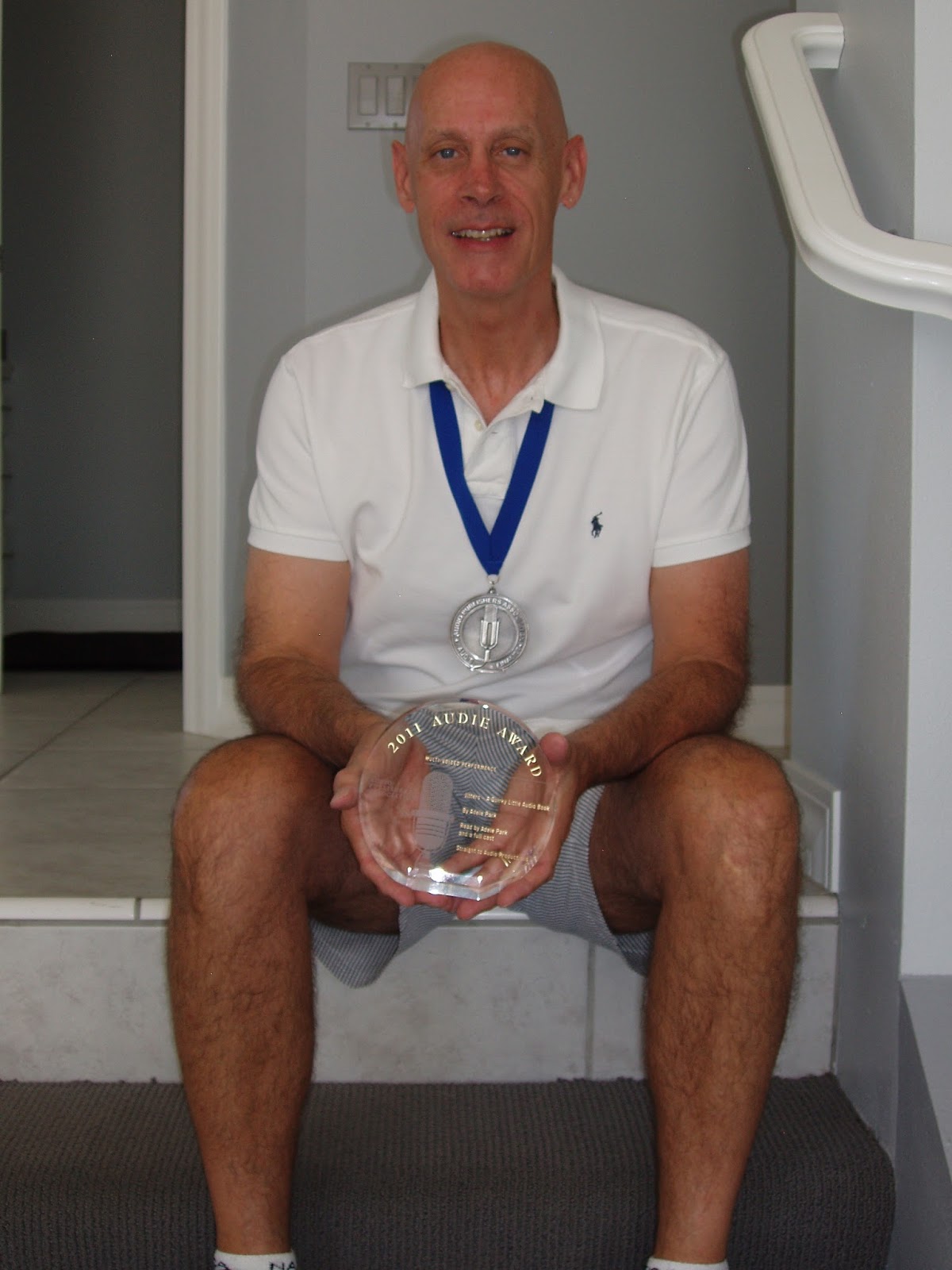 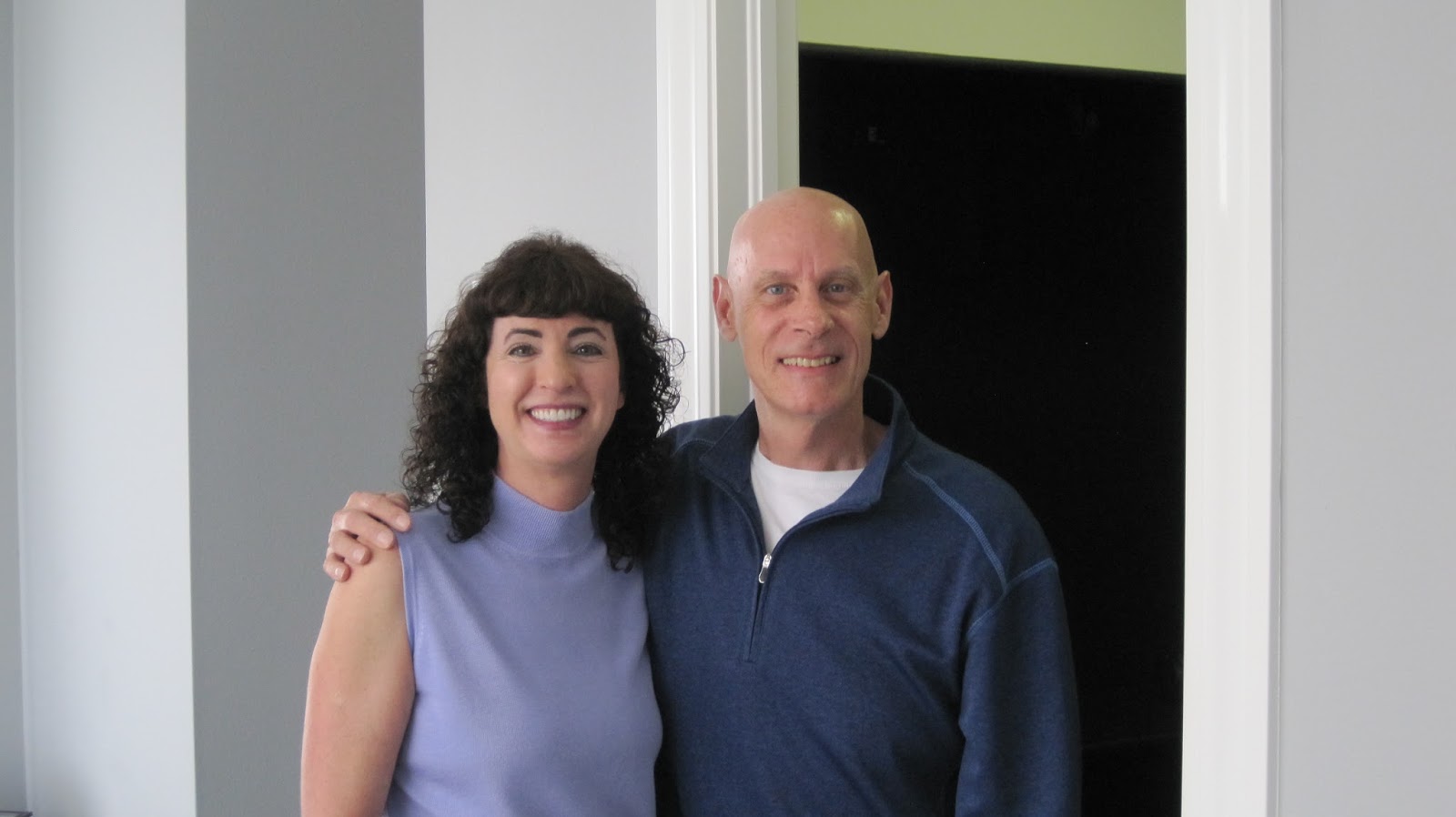 Here's just one more reason to celebrate the month of June: it's Audiobook Month! In honor of the occasion, I'm kicking off the month by listening to Bad Monkey by Carl Hiassen http://www.carlhiaasen.com/.

Normally, I want to savor every funny word Hiassen writes, but in this case, the audiobook version was better because I'm listening to it with my husband. Carl Hiassen is one of the few fiction writers we both can agree on, joining a small band of other fabulous authors including Christopher Moore http://www.chrismoore.com/ and Tom Robbins http://www.amazon.com/Tom-Robbins/e/B000APVAHM.

This is an opportune time to note that both Christopher Moore and Tom Robbins have new books out this summer. Moore's latest work is called The Serpent of Venice. As the title implies, the action is set in Venice. Pocket from Fool: A Novel, returns in The Serpent of Venice, lured there on the promise of scoring a with a hot chick. As luck would have it, three men are actually trying to murder poor Pocket instead of granting him the heart of the wile-some Portia http://www.amazon.com/s/ref=nb_sb_noss_2?url=search-alias%3Dstripbooks&field-keywords=the+serpent+of+venic.

I usually wait with baited breath for anything new to come from Christopher Moore. I slowly indulge in his wacky humor which is why reading his stuff is usually best. However, there are some exceptions and I believe The Serpent of Venice may be one of them. Like Moore's 2012 book Sacre Blue: A Comedy d'Art, cries out for the spoken word. The story was set in exotic locations with words that are hard to read and mentally pronounce. In addition to being tickle-me-funny, Sacre Blue was made all the more enjoyable by a wonderful narrator who correctly annunciated all the wonderful locations in Europe this novel invokes http://www.amazon.com/Sacre-Bleu-A-Comedy-dArt/dp/006177975X/ref=pd_sim_b_2?ie=UTF8&refRID=1Z44A8W52MTNR9RX0GZX.

Tom Robbins' Tibetan Peach Pie is touted as an amusing memoir, giving readers an insight into the colorful mind of this talented author. I'll also try this one as audio book on the promises that it will be an quirky romp through the fascinating life of Tom Robbins – the perfect backdrop for a long road trip or journey http://www.amazon.com/Tibetan-Peach-Pie-Account-Imaginative/dp/1483004600/ref=tmm_abk_swatch_0?_encoding=UTF8&sr=1-1&qid=1401744250

However your tastes may run, I hope you'll find a good audio book to accompany you on your adventures this summer. With so many titles to choose from, the hardest thing will be deciding which one to listen to first!
Posted by Adele Park at 3:44 AM No comments: