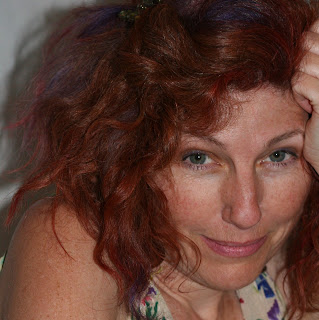 Abby Elvidge, a voice actress with her own custom studio, has become a finalist for an award offered through the Society of Voice Arts and Sciences.  Abby and fellow narrator David Wilcock are up for an honor in the Humor, Best Voiceover category for their work on the audiobook titled Whatever Happened to Prince Charming?

Everyone at Straight to Audio Productions is rooting for Abby and David.  Winners will be announced in New York City on November 5, 2017.

Click on the link learn more about the Society of Voice Arts and Sciences Awards
http://www.postmagazine.com/Press-Center/Daily-News/2017/SOVAS-announces-Voice-Arts-Awards-nominees.aspx

Posted by Adele Park at 6:35 AM No comments: 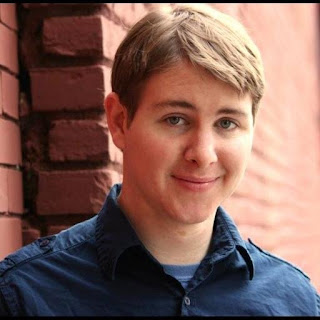 In from Reno, Nevada, Straight to Audio productions is pleased to welcome Ty Hunt to the cast of Splat! A Quirky Cat Audio Book. Ty has a full rounded resume, with an extensive background in radio, film, audiobook narration, and theater.

Ty's most recent radio gig included producing several shows on ESPN Radio in Reno, and working as an on-air announcer for a number of radio stations owned by Lotus Radio. Ty has a great voice which he's used to entertain listeners on a wide range of radio formats from rock to country. Ty's voice can also be heard on a number of radio commercials. Check out some of Ty's audio tracks: http://www.tyhuntfm.com/reels.html

In 2013, Ty expanded his range of voice jobs by beginning work as a narrator and producer for ACX, a production networking service owned by Audible.com. Listen to a few of Ty's audiobook samples or find out how you can hire him to work for you: https://www.acx.com/narrator?p=A135DMY83IQGSP

Ty's film credits include playing the role of Rusty in Dear George, a film by Emily Skyle which had the honor of being part of the 2017 Cannes Film Festival:
https://knpr.org/knpr/2017-05/dear-george-film-reno-based-filmmaker-emily-skyle

As a well rounded entertainer, Ty has a number of stage credits including work with the Reno Little Theatre, Bruka Theater, TMCC Theatre and North Valleys Repertoire. 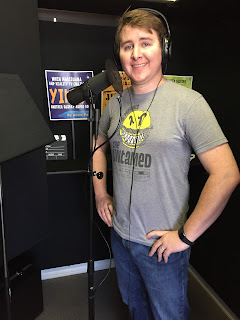 Posted by Adele Park at 5:41 AM No comments: