Posted by Adele Park at 8:28 AM No comments: 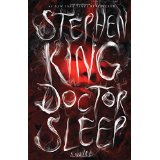 Posted by Adele Park at 5:45 AM No comments: